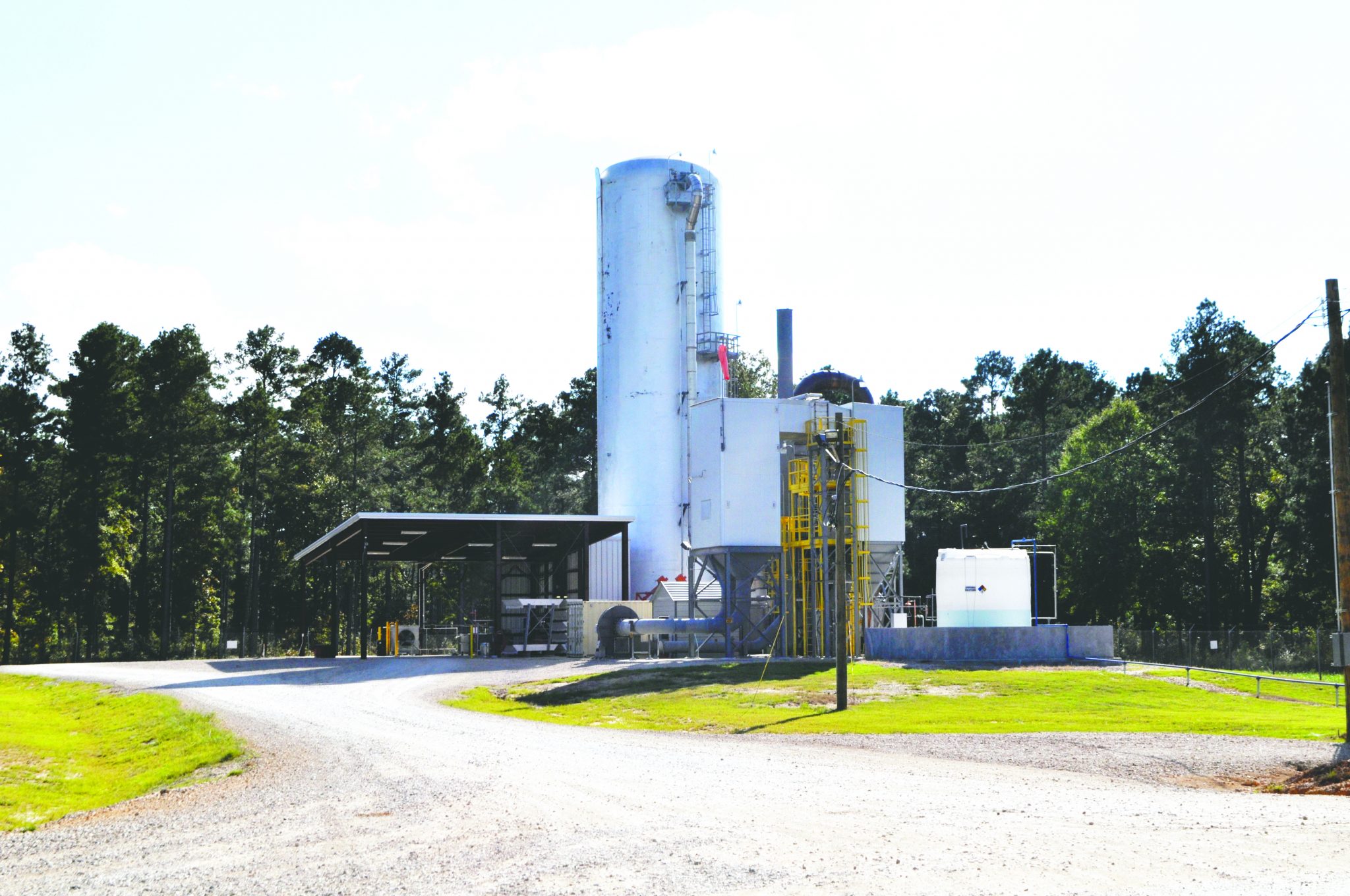 The Citizens Advisory Group received an update on the sale and removal status of the contained burn system at Camp Minden during their April 9 meeting.

“I can’t get in front of the company that’s purchasing it and what their plan is, but I can tell you LMD is in fact selling the chamber,” he said. “I was given a time-line of the next few months that they [the buyer] will decide how to dismantle and move it and where they will move it.”

This news comes as a noticeable change from the status reported at the January meeting, at which time multiple bids on the chamber were on hold due to a lack of a plan for closure and removal.

CAG members asked Bush about the closure plan and if it was now included in the same bid as the purchase itself.

“As it was described to me, that [the closure plan] is part of the process now,” Bush said. “They [the buyer] are deciding what’s the best way to take it apart and move it and what part of it do they want.”

The contained burn system was placed at Camp Minden to destroy 15 million pounds of demilitarized M6 artillery propellant that was improperly stored at the site. The M6 was discovered following an explosion in October 2012.

Disposal was completed in the spring of 2017, and the burn chamber has lain dormant at Camp Minden, awaiting its fate ever since.

As reported in January, the creation of a closure plan had previously been a responsibility of Explosive Services International, the company that conducted the M6 disposal and lost a legal battle for ownership of the chamber to the state of Louisiana. Now, according to Bush, it seems the state and the unnamed buyer are working out their own plan.

On the subject of the chamber’s destination, Bush could provide few specifics.

“There was some pretty countrywide interest in it, so I think it’s very likely that it will not stay in Louisiana, and it will most definitely not stay in this parish,” he said.

In January, the CAG was assured that the chamber would not remain anywhere in the state.

All quotes were obtained from the meeting video with permission from CAG member Rex Moncrief, who records and posts each meeting. The full video can be found at burnchamber.com or on the Burn Chamber Facebook page.

Local residents who have been fighting for the burn chamber’s removal for over a year may finally be close to seeing their goal come to fruition. That is, if there are no more complications in store.