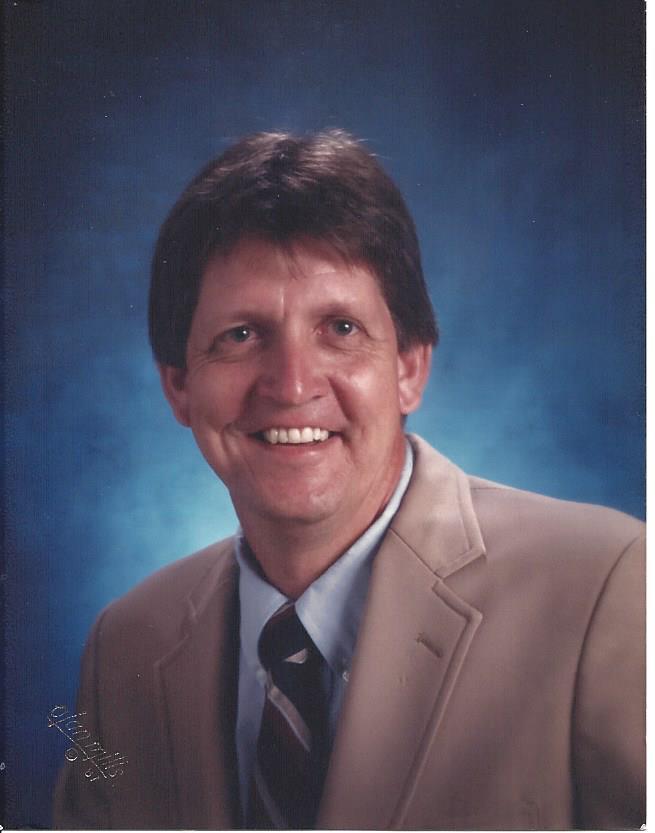 Jimmy was born on Jan. 22, 1949, and he passed away peacefully at his home in Doyline on April 8, 2017, following a lengthy illness. Jimmy’s favorite movie was It’s a Wonderful Life, and that title became his life’s motto. He grew up in Doyline, and no matter where else he ever traveled or lived, Doyline was home. His mother, his brother Tommy, his teachers and coaches, his church, and his group of friends molded the person Jimmy became. Many of those people are still in his life today, including Coach James Roach and his wife Pat, Miss Elouise Sanders, Bill and Sondra Crider, Steve and Lani Causey, and the entire Causey family. Jimmy graduated from Doyline High School in 1967, and one of the highlights of his life was being a member of the Doyline basketball team that won the State Championship his senior year. His senior class recently celebrated its 50 year class reunion, and although his illness kept him from attending, Jimmy was so proud that his team was recognized for that accomplishment. Following in the footsteps of his two older brothers, Jimmy earned an athletic scholarship to play basketball and baseball at Northwestern State University, eventually focusing on baseball. Under the guidance of Coach Herbie Smith, Jimmy excelled as a pitcher. Several of his pitching statistics still rank high in the standings at Northwestern, and in October 2016, Northwestern State honored Jimmy by inducting him into the N-Club Athletic Hall of Fame. His teammates at Northwestern, who began calling him by his middle name “Ponder,” formed a core group of friends that has lasted over 50 years. Those friends continued to visit Ponder throughout his illness, brightening up his days with stories of their college years as athletes at Northwestern. His friends like Don Ashworth, Johnny Janese, Alan Posey, Doug Watts, Jim Krajefska, Odis Faust, and others became better athletes in those retold stories with each visit. Jimmy was an avid supporter of Northwestern State University, and he especially enjoyed following the mens’ basketball team, coached by Mike McConathy. He formed a special bond with Coach McConanthy and the coaching staff at Northwestern State, and Jimmy and his brother were very proud to have started The Stewart Boys Basketball Scholarship to help support athletes furthering their education at Northwestern State University.

All of his teams were winners, and he was especially proud of being Minden High School’s assistant baseball coach for Marvin Jones when their teams were back-to-back-to back State Champions in 1981, 1982, and 1983.

Jimmy received his Masters Degree from Louisiana Tech and became the principal at Doyline High School in 1985, where he remained until his retirement in 2005. Maybe not everyday, but almost everyday, he loved being the principal of Doyline High School. Doyline was his home, he had so much pride in the school, and he wanted everyone there to be the best they could be. During his time as principal, he also served as the coach for the girls’ softball team. Once he adjusted to the idea that girls cheer loud and non-stop in the dugout during the games, coaching softball was an adventure. All the girls he coached were very special to him, but he especially enjoyed getting to coach his daughter Jamie during her softball career at Doyline.

Jimmy raised cattle at his home, the Diamond S Farm, in Doyline. He loved his cows and his farm, and he was comforted knowing that his wife Renee and his son Ryan were taking over the cow business after he became ill. Jimmy was an active member of St. John’s Episcopal Church in Minden, where he served as an usher and twice served as a vestry member. He loved his church family. Jimmy was a quiet, soft-spoken man who enjoyed listening more than speaking. He was gentle-hearted and compassionate, he loved animals, and he was so patriotic that he ended all of his prayers with “God Bless America.” Renee’s family was his family, and he treasured each one of them. The highlight of his life for the past six years was his granddaughter Addy Lou. She loved Ponder and he loved her.

Jimmy was preceded in death by his mother, Louise McKelroy; his father, Bill Stewart; his brothers Buddy and Tommy Stewart; his brother-in-law Rick Merrill; and his father-in-law and mother-in-law George and Chris Mourad. He is survived by his wife of 40 years, Renee Mourad Stewart, their daughter Jamie Stewart Gressett and husband Dan Gressett, their son Ryan Thomas Stewart, and their granddaughter Addyson Louise Gressett. He is also survived by his sisters-in-law Kalani Merrill, Kathy Newer and husband Winky, Kim Lott and husband Buddy, and brother-in-law Kip Mourad and wife Jenny. Ponder loved his nieces Emily Mourad and Camille Lott and his nephews Klint Newer and wife Meghan, Jared Mourad, and Michael Lott. He never met his new great-niece Peyton Marie Newer who was born in December, but he enjoyed hearing Addy Lou talk about her.

Jimmy’s illness was a long struggle, and his family would like to thank the people who helped to keep him comfortable at home until the end. Karen “Sue” Penton was his sitter for over a year who became like a family member to us. For four months, the team of Bea Brown, Kyla Mora, Cheree Cummings, Sandra Howington, Brother Buck Furlow, and Donna Greer of Aime Hospice provided excellent care and comfort for Jimmy. You are all very special people to be able to do the job you do.

In lieu of flowers, the family requests that memorials in honor of Jimmy be sent to St. John’s Episcopal Church, 1107 Broadway, Minden, LA 71055, or The Stewart Brothers Scholarship.