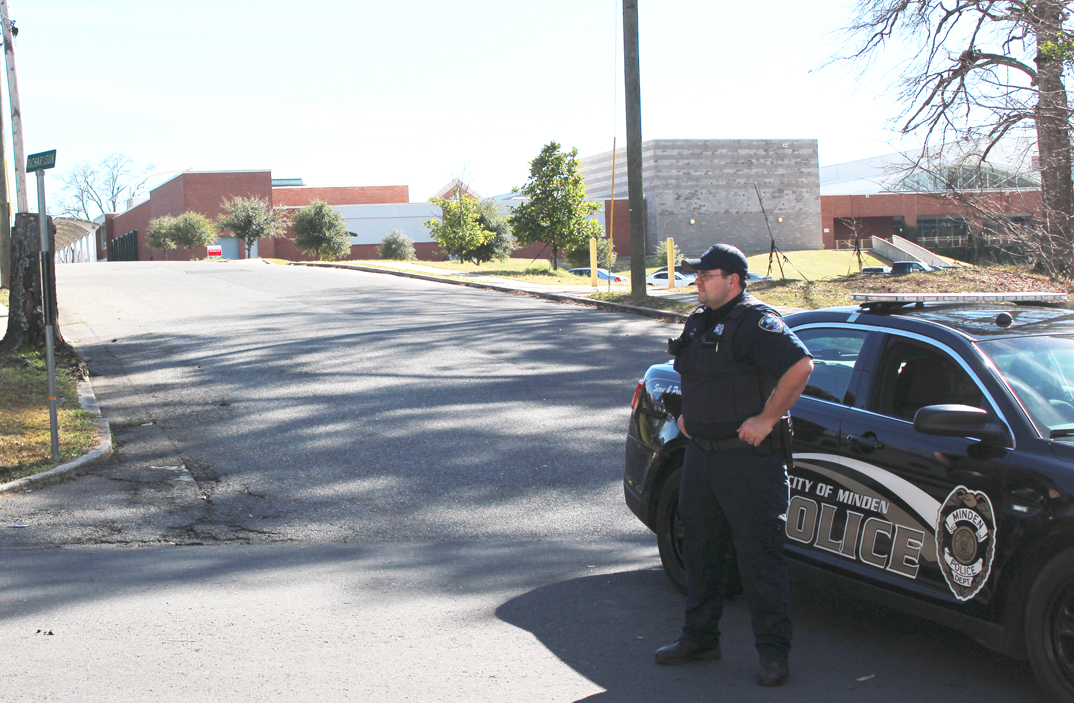 A Minden High School student has been arrested on terrorizing charges after making a bomb threat against the high school, which led to an evacuation.

Minden Police Department began investigating after receiving a tip that a 15-year-old student made a comment last week that he planned to blow up the high school Tuesday.

The student, who had only been enrolled at MHS for a couple weeks, had been asked by fellow students about making bombs because he is Middle Eastern, Minden Police Chief Steve Cropper said.

“During conversations with fellow students about 10 days ago, he was asked if he was ‘one of the ones’ that were responsible for 9/11.” Cropper said. “That kind of stemmed the conversation.”

Friday, more conversation about the issue was started and the teen made a comment that he was going to blow the school up at 3 p.m. Tuesday, Cropper said.

Once detectives became aware of the threat, they questioned the teen with his father present where he admitted to making the comment, but told detectives he was only joking. After questioning, the father gave consent for the police to search their home and police didn’t find any bomb making materials or evidence of a bomb, Cropper said.

As a precaution, students were evacuated to the Webster Parish Educational Resource Center and surrounding streets were blocked off while Minden police, Webster Parish Sherriff deputies, Minden Fire Department firefighters and Louisiana State Police troopers searched the school building for any type of explosives.

“We decided to evacuate the school since the threat had a day and time,” Cropper said. “We did a very thorough search of the school and didn’t find anything. We finished about 2:45 p.m. waited until 3, since that was the time. Nothing happened, so we turned the school back over to school officials about 3:30.”

The student’s father was also arrested on drug charges during the incident.

During the search of the home, Cropper said detectives found around 400 packages of synthetic marijuana in the home.