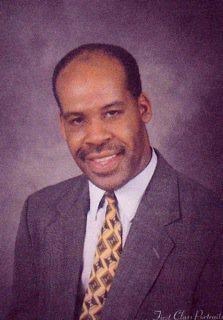 This upcoming Sunday, Oct. 11, Brother Robert L. Stewart of Mt. Zion CME Church was chosen as a speaker for the Annual Lay Day Celebration. Brother Stewart was asked to speak to the Alaska Pacific region, though wanted those in the local community to have the opportunity to tune in and hear him speak on the theme of “The Work is Just the Beginning.”

The scripture for the day is: John 9:4 “I must work the works of Him who sent Me while it is day; the night is coming when no man can work.”

You can join the Join Zoom Meeting here.

For those wanting to attend by calling in, the number to join can be found here.

A short biography of Robert Stewart can be read below:

Mr. Robert Stewart is the son of Mrs. Mabel Stewart and the late Mr. Robert Stewart Sr. He is a 1984 graduate of Minden High School. He received his B.A. in political science from Grambling State University in 1988 and he also received his M.A.T. in Social Science Education from grambling in 1993. He has a certification – Supervision of Student Teachers from Louisiana Tech University. Since 1992, Mr. Stewart has been a Certified Teacher and Educator for the states of Louisiana, Mississippi, South Carolina, and Arkansas.

Mr. Stewart is a member of the Mount Zion CME Temple of Minden, LA. He has served in several capacities on the local, regional, and connectional levels. Some of them include Trustee, Steward, Young Adult President, and Lay Council Treasurer. He has served as General Conference Delegate and was also the Vice President of the National Youth Conference for 1984-1988.