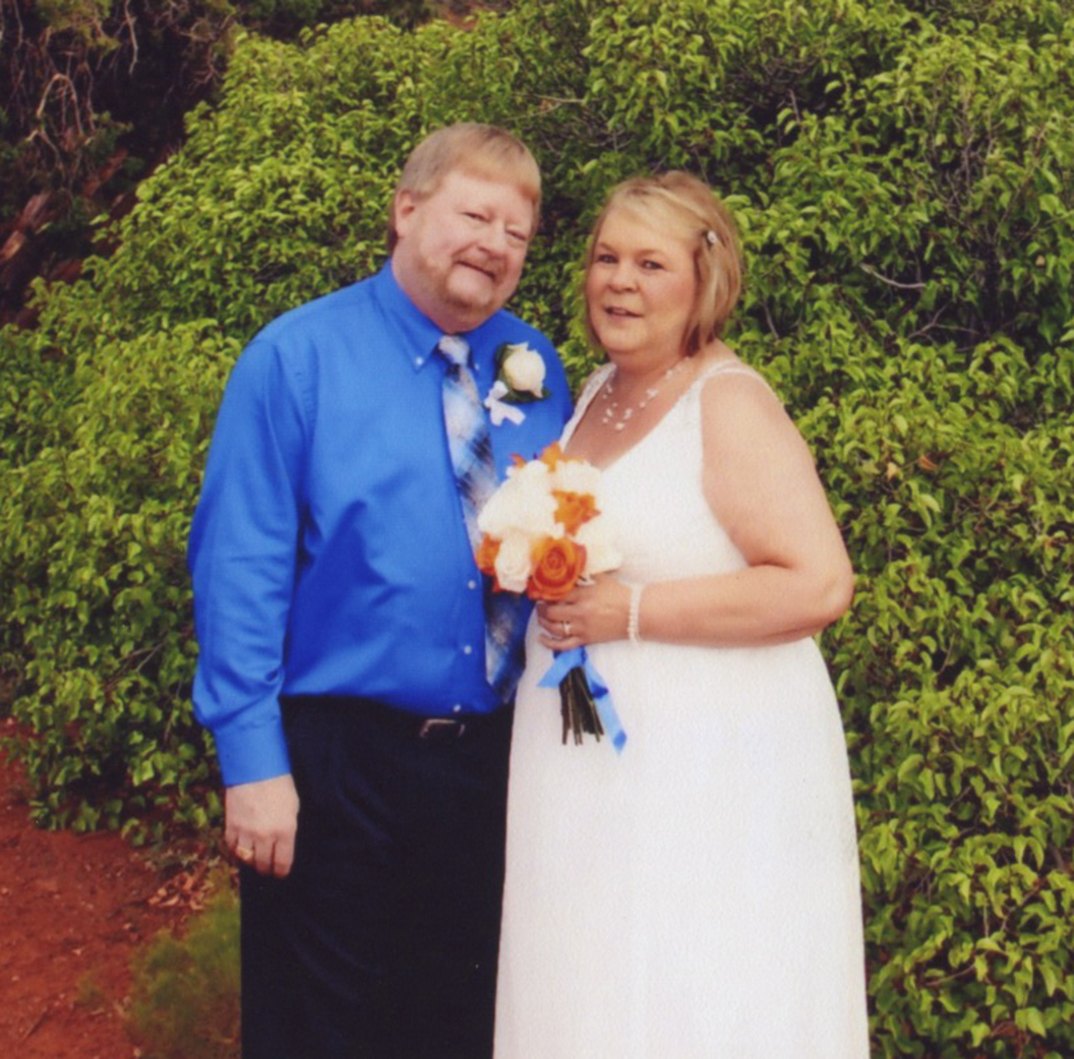 Kathy Payne Childress and Michael Barrett Madden were united in marriage on July 7, 2015 at 6:30 p.m.

Kathy, of Minden, is the daughter of the late Mr. Christopher D. Payne Sr. and the late Mrs. Nancy Seward.

Mike, of Sibley, is the son of the late Mr. and Mrs. Simon and Dot Madden.

Friends of the bride, Mr. and Mrs. Keith and Marybeth Sankus of Flagstaff, Arizona served as matron of honor and best man.

After spending their honeymoon in Sedona, the couple will reside in Sibley.