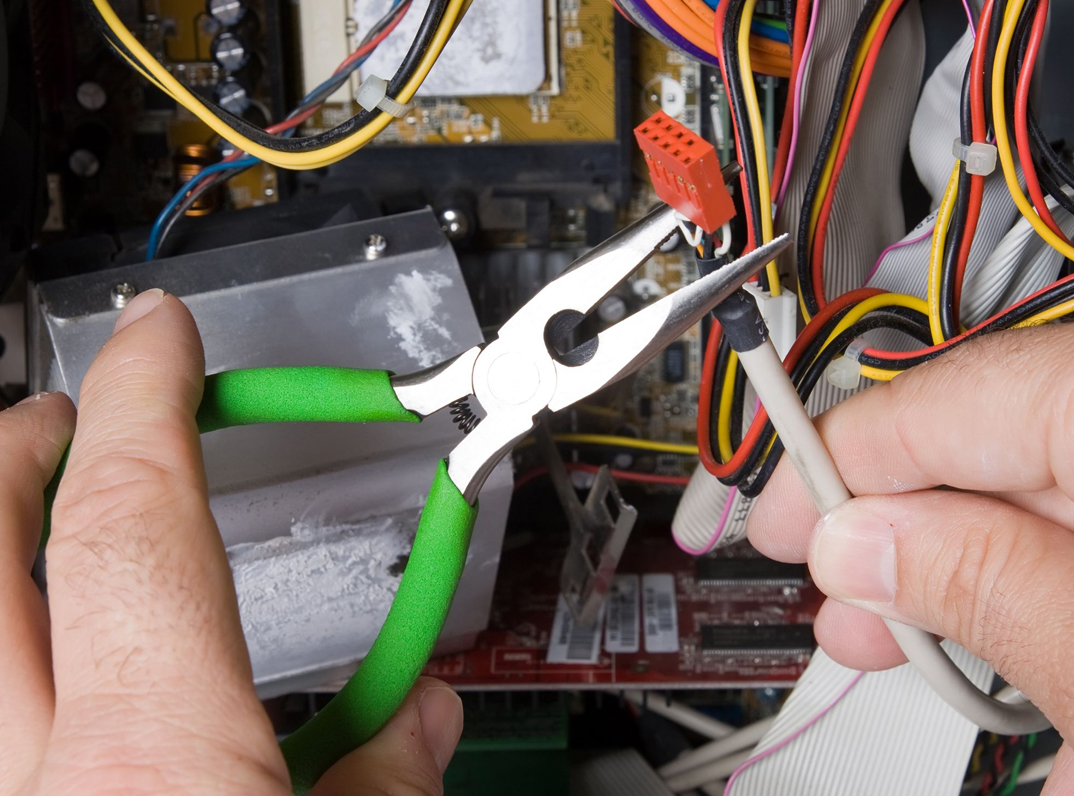 A third generation is taking the helm at Samuel Electric and in the process is combining the experience of two other family owned businesses.

Dawson Samuel, owner of Samuel Electric, says the three family-owned businesses combined to continue to serve the needs of Minden and the surrounding areas.

“Samuel Electric started as an appliance store in downtown Minden,” Dawson Samuel said, adding this is the third generation to take the helm to serve Minden’s electrical needs.

Sidney “S.B.” Samuel Jr. started out doing electrical installation while working in his brother, Hebert’s, appliance store. During the war, S.B. Samuel joined the U.S. Navy and served in the Seabees, where he honed his construction skills.

After the war, he teamed up with Curtis Tucker to create their own electrical business. Together, they wired many of the homes built in post-war Minden. Finally, S.B. Samuel formed S.B. Samuel Electric and was later joined by his sons, Tim and Dawson Samuel.

When their father retired, the two brothers continued the business until Tim Samuel’s death. Dawson Samuel continued on until an opportunity arose to share his 40 years of experience by teaching at Northwest Louisiana Technical College.

It seemed that Samuel Electric might come to an end. However, Dawson Samuel decided to continue the business by adding Douglas McClain as chief electrician and ease out of the day-to-day operation.

“Ironically, McClain was the former chief electrician for Tucker Electric,” Samuel said, “so it seemed things had come full circle.”

In the meantime, Dawson Samuel’s son, Will, graduated from Louisiana Tech University in Ruston with a business degree. As he began his search for a job, Will Samuel came to the realization that he needed to join the company.

“I just hated to see Samuel Electric without a Samuel involved,” Will Samuel said.

He then joined the company to handle the “business side” while learning more of the “electrical side.”

Ronnie Sale, of Sale Electric, decided to close his family business and join Samuel Electric to continue to serve his customers.

“He asked if I could come to work with them, and I said yes,” Sale said, adding he closed Sale Electric at the first of the year.

“I’m glad we’re able to continue to serve the needs of the community,” Dawson Samuel said. “I’m proud that Will’s continuing in my footsteps and having a Samuel in Samuel Electric.”

While he mostly teaches at the technical college, he still keeps his hands in the business through engineering services and lending a hand when they need it. The company isn’t changing, he says, he’s just added years of experience to the company.

“Our slogan continues to be true today,” Dawson Samuel said. “’Our work pays, because it stays.’”