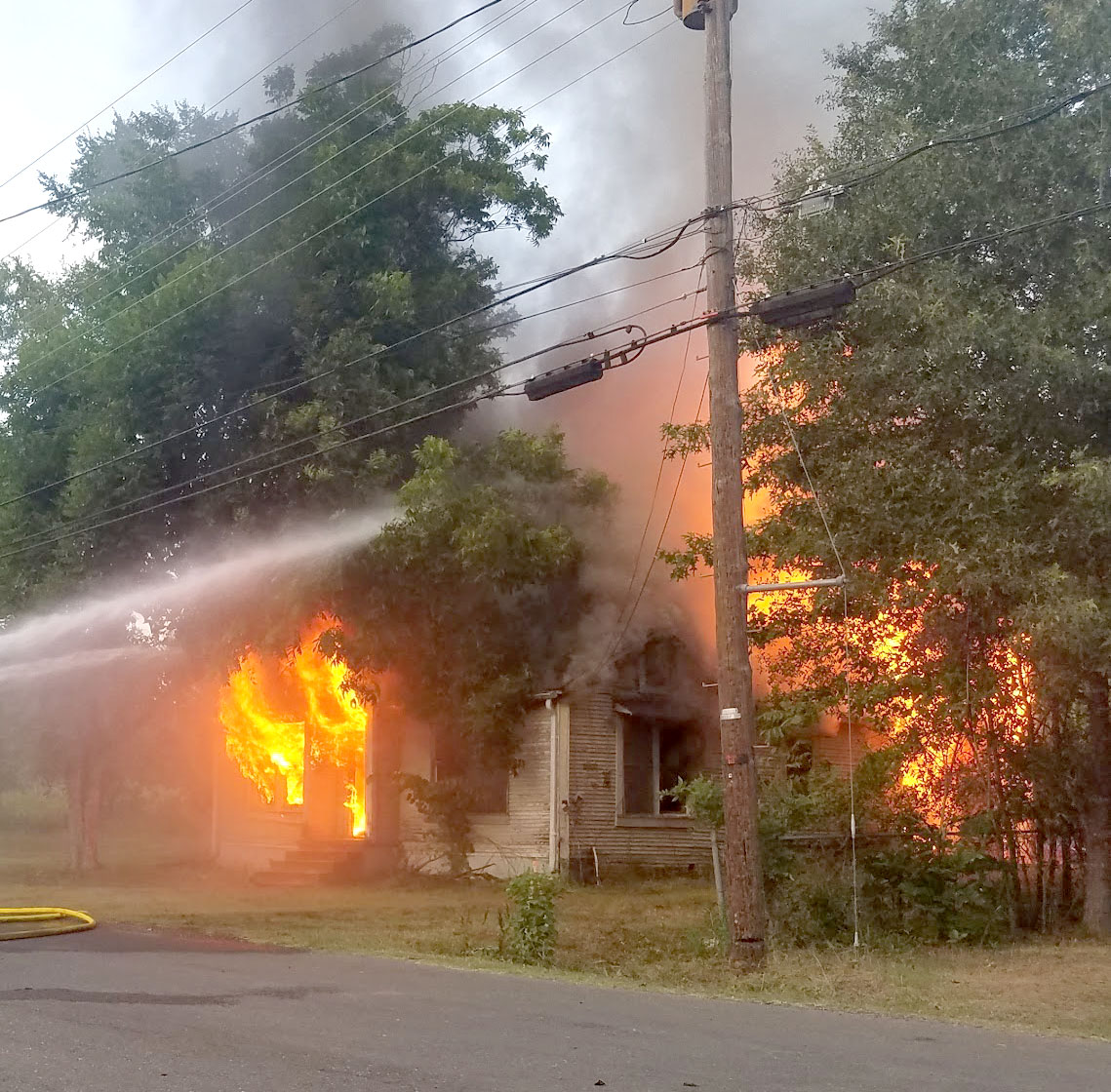 SPRINGHILL — Things took a turn for the worst late Monday evening, when a Cullen firefighter was injured during a controlled burn in Springhill and Life Air was called.

Cullen Fire Chief Tommy Arnold explained the incident during a brief phone interview as he trailed family members of his injured man to University Health in Shreveport.

“We’re not ready to release a name just yet, but I will say that my guy was following procedure and was in full protective gear when the accident happened,” said Arnold.

“The window on the far side of the house came down and sliced his arm, closer to the wrist area and appearing to be clean down to the bone. We should know more about the injury here shortly, but I’m confident that he’ll be just fine.”

While each firefighter is made to wear “turnout gear” consisting of pants and a coat made of moisture and abrasion resistant layers, a Nomex hood, safety toe boots made of Nomex lined leather, a helmet with a face shield, and flame retardant insulated gloves, there is still always a chance for accidents to happen.

As flames rolled from the front door, the intense heat of the blaze could be felt from several feet away where Springhill Fire Chief Billy Rasberry stood, explaining the importance of a controlled burn.

“Live fire training is essential to our men, because you never know how a firefighter will react in a burning building, or in a real life situation,” said Rasberry.

“The smoke and fumes can be disorienting and accidents can happen even with the most experienced men. But in these controlled burns we’re prepared from the beginning. It’s just good practice.”