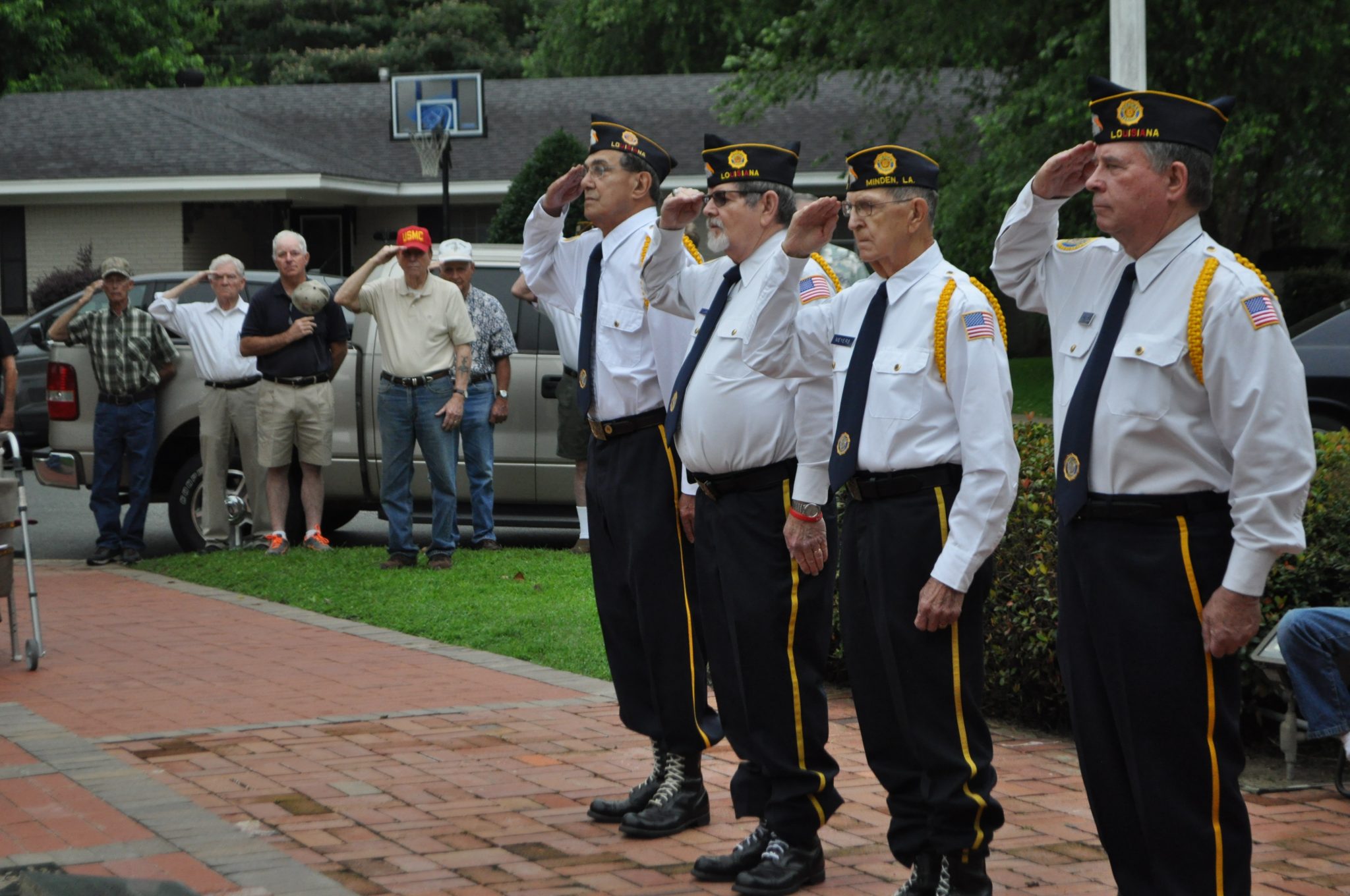 The American Legion Color Guard lowers the American Flag to half staff Monday at Eagle Park on Turner’s Pond in memoriam of the fallen soldiers who died in combat. The boots, gun and helmet represent those lives lost in battle. Jerry Madden, captain of the American Legion Color Guard, named all the soldiers from Minden who died in combat. Veterans and families of those who gave the ultimate sacrifice joined the color guard as the flag was lowered at 9 a.m. The flag was raised again at noon.