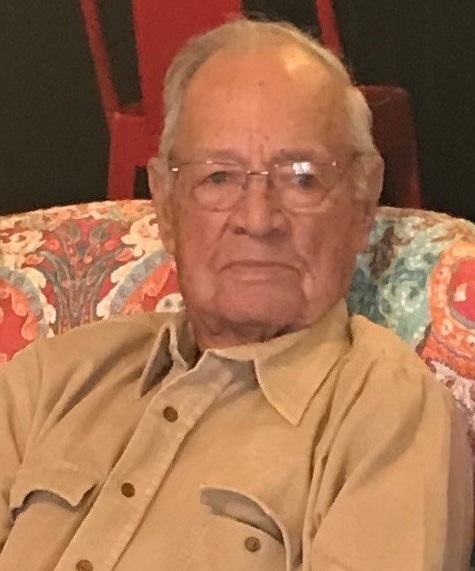 Funeral services for Jack Shelley were held Wednesday, September 9, 2020 at 11:00 a.m. at First Baptist Church Doyline in Doyline, Louisiana with Rev. Bill Crider and Rev. Paul Pearson officiating. Interment will follow at Doyline Cemetery in Doyline, Louisiana under the direction of Rose-Neath Funeral Home in Minden, Louisiana. The family received friends from 5:00 until 8:00 p.m. Tuesday, September 8, 2020 at Rose-Neath Funeral Home in Minden.

Jack was born June 13, 1927 in Doyline, Louisiana and left his earthly home September 4, 2020 in Doyline, Louisiana to be with his Lord. Jack was a Christian man who loved his Lord and attended church regular. He was an avid gardener, hunter, and fisherman and taught his children and grandchildren to enjoy the resources the earth provided. He retired from Louisiana Ammunition Plant after 42 years as a Captain of the Security Department. He was in the cattle business and enjoyed raising his cattle and working his farm with his fine plow animals; Rabbit and Poncho. Jack was the last survivor of the championship Doyline basketball team of 1946-1947. His dog Pete was his buddy and best friend and he will miss dad.

He was preceded in death by his parents, John J. and Mattie Shelley; son Don Eric “Rick” Shelley; sister, Neva McDowell, and brothers, J. B. Shelley and Charlie Shelley.