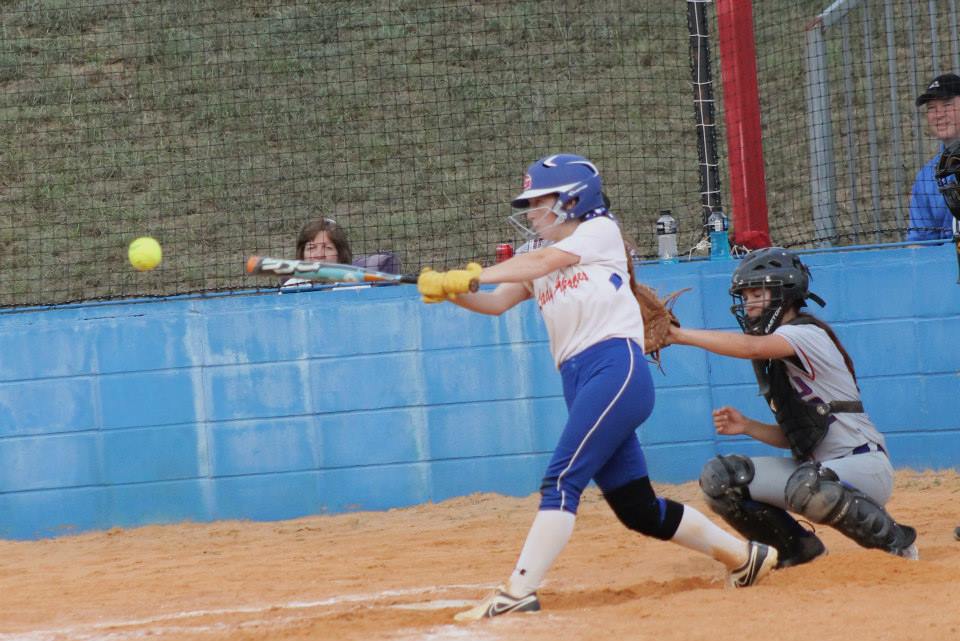 RAYVILLE – The Glenbrook Apaches crushed Claiborne Academy Monday 20-2, led by the hot bat of Megan Sims who went 4-4 with 4 RBI.

On Tuesday, they took aim at the Riverfield Academy Lady Raiders, traveling to Rayville and coming up short in a 5-3 loss.

Glenbrook took the early lead at 1-0 in the top of the first on a Kate Marvin RBI single, scoring Alyssa Martin.

The two teams remained deadlocked at 1-0 until the bottom of the fifth when Riverfield exploded for five runs to take a 5-1 lead into the top of the sixth.

Senior Carsin Spurlock led off the sixth with a single, followed by a walk to Amber Lovitt and another Kate Marvin single. An error by the Lady Raider shortstop on a ball hit by Faith Earnhardt would score Spurlock and Lovitt, making the score 5-3.

Unfortunately, Riverfield would escape the sixth with just the two runs allowed, and Glenbrook couldn’t complete the comeback in the seventh.

The loss moves Glenbrook’s record to 18-8 on the season.

Kate Marvin led the Lady Apaches with a pair of singles, followed by Spurlock’s single for Glenbrook’s only hits in the game.

The Lady Apaches will need their bats to heat up as they prepare for the stretch run, starting with
Thursday’s road game and district finale at River Oaks in Monroe.