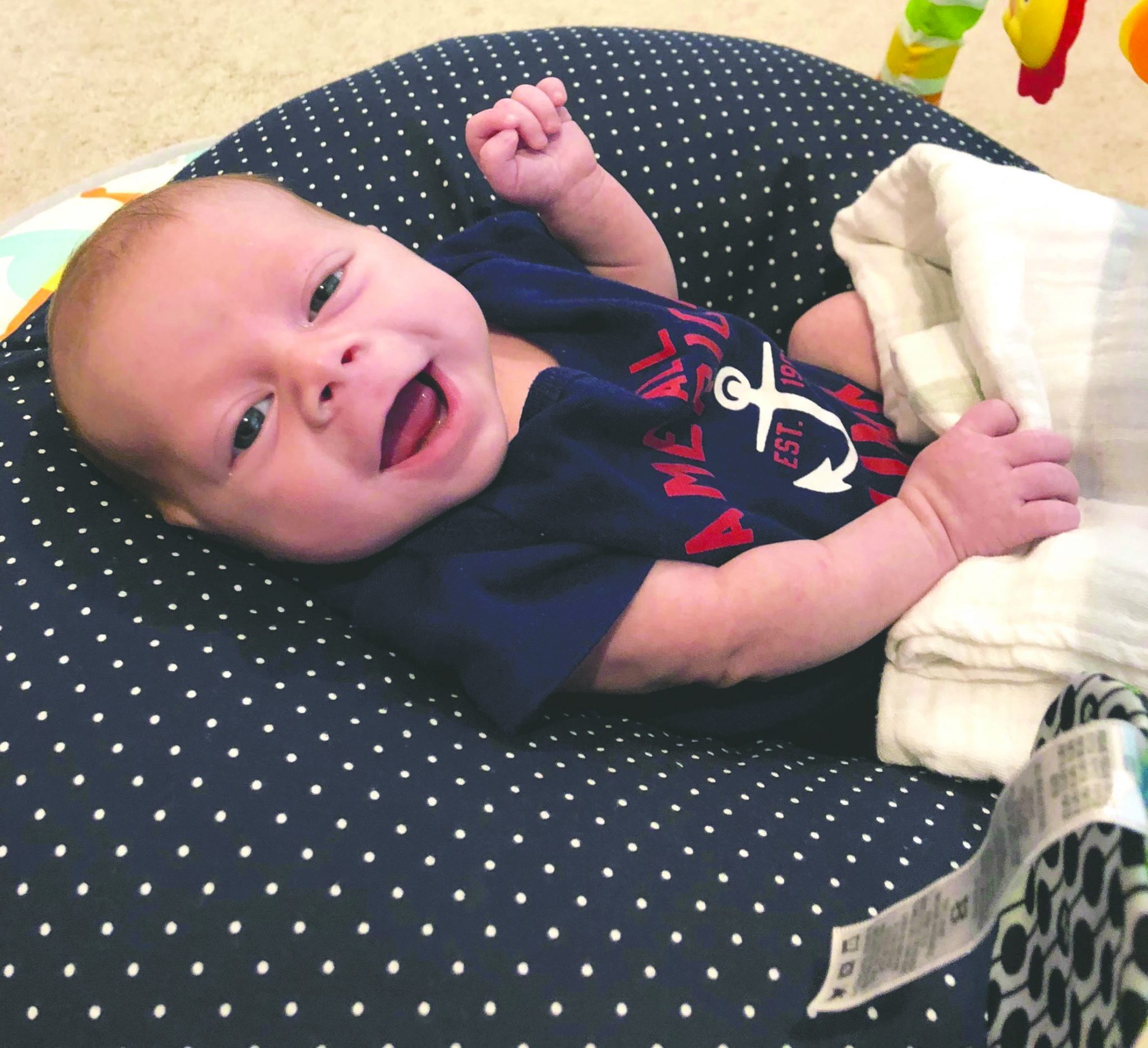 Sara and Mark Chreene say that their two-month-old son, Connor, is Minden’s baby. The couple received an abundance of support from the community in their adoption journey. With more than 400 t-shirt sales, an overflow of baked good sales, fundraising events, and consistent donations, the aid to support the Chreene family in their joyful addition has been tremendous.

“That’s been the most overwhelming part of this whole process — the support that we’ve received,” Sara said.

Mark owns and operates KASO/KBEF radio and Sara is a teacher at Central Elementary School. The couple started the adoption process more than a year ago, using a national adoption organization, without much success.

“We had two or three instances where we presented a profile to a prospective birth mom and they would go with somebody else. The frustrating part was, everyone that we saw were all far off,” Mark said.

The couple contacted a Louisiana adoption attorney in July.

“We set up a meeting with her, sent all of our paperwork in, met with her on a Tuesday, and got a phone call the next Tuesday that we had been matched. It was a God thing,” Sara explained.

Connor Chreene was born Sept. 27 and officially adopted by Mark and Sara October 2.

“It was a surreal moment,” Mark said of the moment he met his son on the day of his birth, “They handed him to us and walked out of the room. It was just the three of us.”

Connor was thought to have some health problems at birth. After a stay in the Neonatal Intensive Care Unit at St. Francis in Monroe and Children’s Hospital in New Orleans, the doctors found all was well and Connor was ready to come home.

The couple is now experiencing the joys of parenthood, complete with a lack of sleep.

“We’re learning to adjust because we’ve been married for 14 years and it’s just been the two of us. Now we’re adding a third person into the mix. I joked with someone that I have found the best time to get housework done is in the middle of the night,” Sara said.

The couple signed adoption papers after a mandatory wait of five days. They still have some additional steps to take legally.

“At this point it’s just like any other first time parents. All of that’s identical. The only difference with us is the adoption process. A couple of times the first year we’ll have home inspections as part of the adoption process and then next October we have to go before the judge. They filed it in Webster parish so we’ll be able to go to the courthouse here in town to finalize the adoption. We’re excited about that,” Mark explained.

Connor has bonded closely with Mark and Sara. He recognizes their voice and snuggles close while he sleeps.

“When we would come into the room and start talking to him, you would see his blood pressure rise and his heart rate would go up,” Mark said. “So he knew we were there. By the time he got to New Orleans, he was really fussy and I told Sara, go grab some gloves and get ready to hold him. I said I’ll go calm him down. I just walked over to the crib where the nurses were working with him and said ‘Hey buddy.’ He stopped crying and he looked around trying to find where I was.”

The couple advises others who may be considering adoption to go for it.

“Do it. We’d been teetering with it for a while — but for us, we knew it was God’s timing,” Sara said.

The couple is grateful for all of the support they’ve received throughout the adoption process and as they took time to ensure Connor was healthy.

“More than just the financial support, we’re thankful for the prayers,” Sara said.

Mark added, “Thank you. It’s a simple answer but it’s really all we can say. We’re humbled by the amount of support that we’ve gotten.”