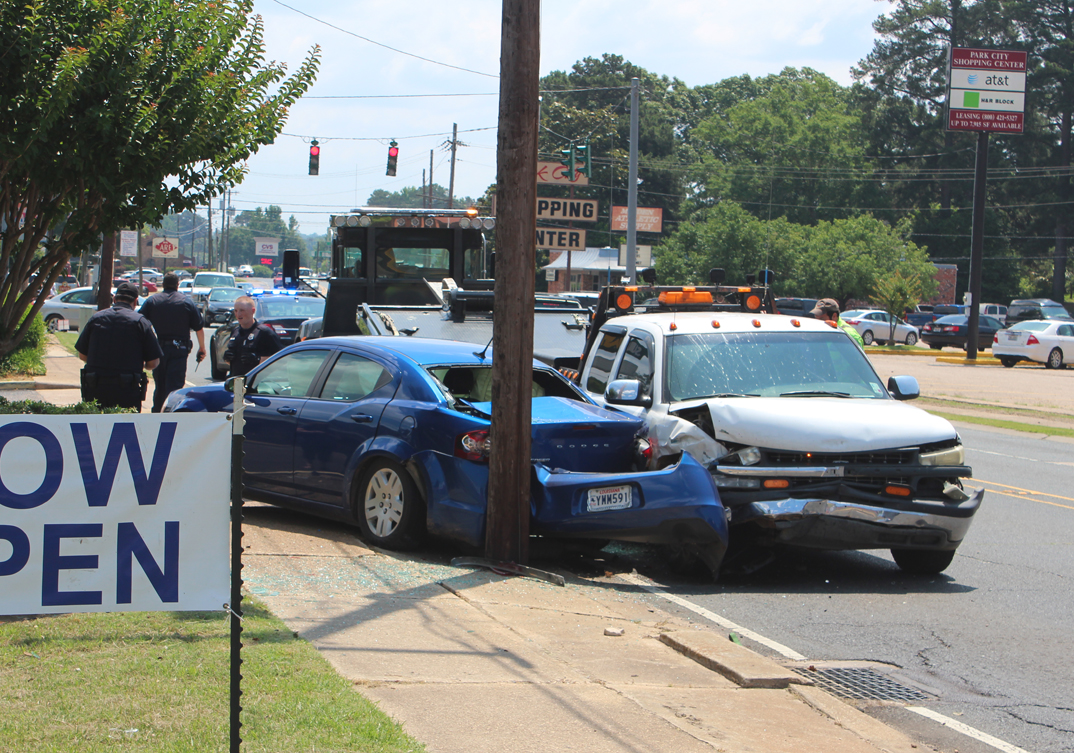 A Minden police officer traveling down Homer Road during the lunch rush hour Thursday came upon a car crash, leaving traffic backed up more than it already was. Officer Terry Stephens came upon a wreck in front of Subway, where David Lemmons, 18, of Minden, driving a 2013 blue Dodge Avenger, was pushed into an electric pole. Officers say Lemmons was traveling eastbound and came to a stop at Subway waiting to make a turn into the sandwich restaurant. He reportedly told officers traffic was backed up on the westbound inside lane. There was no traffic in the outside lane, and a vehicle stopped to let him turn into the restaurant. However, a 2001 Chevy pickup, driven by Justin Spears of Minden, was coming westbound in the outside lane and hit Lemmons in the back passenger side, pushing him into a utility pole. Officer Stephens says Spears told him he could not stop in time to avoid the collision. Lemmons was issued a citation for failure to yield. Officer Stephens was first on scene, and was assisted by Lt. Kirk Morgan and Officer Jesse Cutrer.