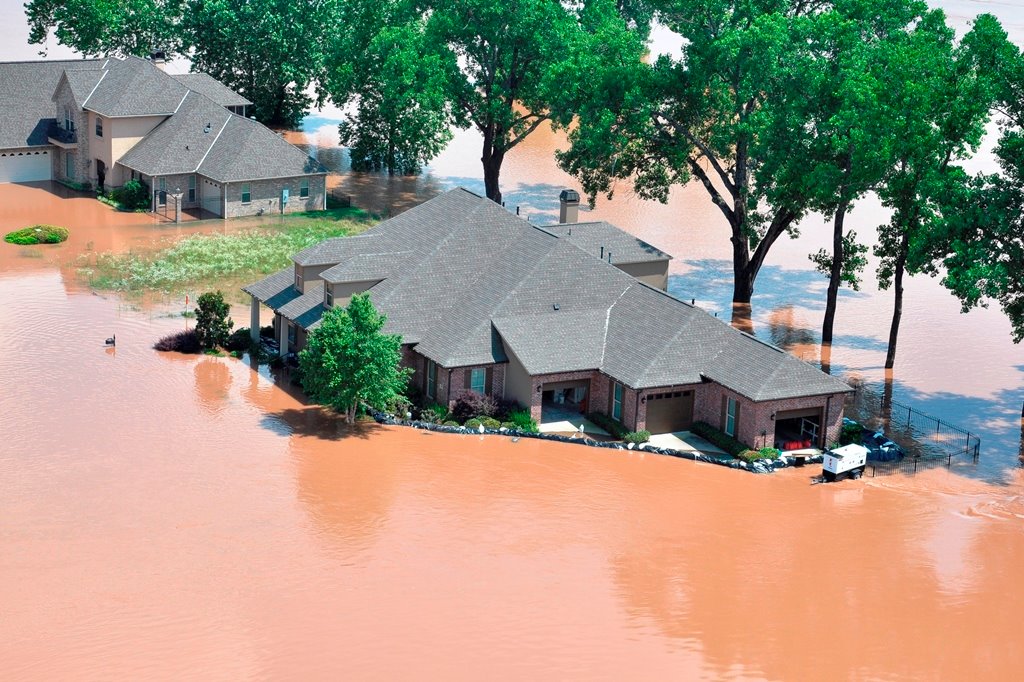 NEW ORLEANS — The flooding Red River in rural northwest Louisiana is reaching levels not seen since the 1940s, sending people scrambling to protect their homes, property and livestock.

Along the river on Friday, family, friends, neighbors and volunteers pitched in to build sandbag walls. The effort has been going on for about a week, as the river has swelled from massive rains that hit neighboring Texas and Oklahoma.

The river had receded only an inch since Thursday. That left residents faced with the prospect of continued sandbagging of homes and property. The National Weather Service predicts the river will slowing fall over the next week.

In a new gated community in southeast Shreveport, homeowners said an army of people has showed up to help.

Floodwaters had traveled a half-mile to reach the new homes in the area, called Les Maisons Sur La Rouge subdivision.

“I met my neighbor for the first time as we both worked to save our homes,” Jasen Bragg said.

Nearby, in Bossier Parish, officials said two or three dozen houses and about the same number of mobile homes were flooded.

Lt. Bill Davis with the sheriff’s office said Friday that he was at the River Bluff subdivision, just north of Bossier City, where 14 of the 24 homes had 3 to 7 feet of water in them. Homes range in price from $500,000 to $1 million, he said.

Davis said many homeowners put up a good fight, but the “dirty red water was too much for some.”

Davis said it would be awhile before the water recedes, but that’s when the real work starts in cleanup and rebuilding.
Bucky Croach said his 4-foot wall kept his home in Les Maisons Sur La Rouge dry.

“The water came within a few inches from my wall’s top,” Croach said.

Croach said he was thankful for all the help.

“People brought food, water, pumps and even a generator,” he said. “These are people I have never seen before.”

Mary McDaniel stood inside a home that her father, Curtis Lofton, was building. She’s been using a boat to get to the house.

“My father was a week away from getting this 6,000-square-foot home ready for this weekend’s home show,” she said.

One of Lofton’s workers, Marces Carter, said, “We’ll clean up when the water goes down and finish up this house.”