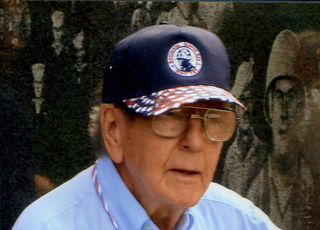 Sgt. Simpson served his country with pride in the U.S. Air Force. During WWII he did combat in Germany with the 89th Infantry Division. He retired after 24 years service while stationed in Wichita, Kansas.

He is survived by his wife of 62 years, Edith Holcomb Simpson, his daughter Linda Treadaway and son-in-law John, grandchildren Shawn Treadaway, Sarah Petrus and Zachary Treadaway, great-grandchildren Emma, Sebastian, Madeleine and Katie, and a host of nieces and nephews.

Prior to his latter years, he shared his love of music by singing and whistling with great joy. His appreciation of big band, Sinatra-era music was passed down to his daughter and grandchildren. Thanks Daddy.

Thank you to Stat Home Health and Aime Hospice for their perseverance and compassion caring for Daddy in his time of need.

Graveside services with full military honors, conducted by Barksdale AFB Honor Guard, will be held at Brushwood Cemetery in Dubberly at 2 p.m., Tuesday, Jan. 26, 2016 with the Rev. Bill Crider officiating. The family will receive friends from 11 a.m. until 1 p.m. Tuesday at Rose-Neath Funeral Home in Minden.