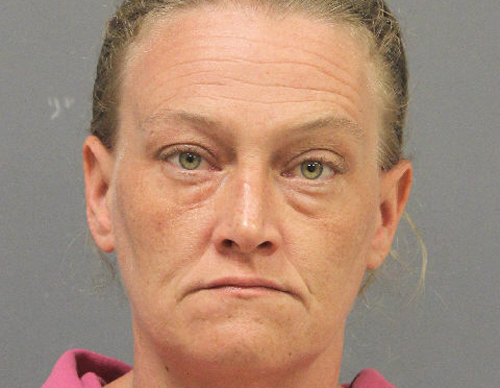 A Doyline woman was arrested after she reportedly left the bed-bound woman she was caring for alone for hours.

Bambi Simpson, 35, of the 200 block of Hanson Drive in Doyline, was charged with cruelty to the infirmed and possession of marijuana.
Wednesday, deputy Marshall Merritt and Lt. Wade Wells were dispatched to a home on Hanson Drive regarding a welfare check on an older hospice patient.

As Merritt walked up to the door of the home, he could hear someone pleading for help by yelling, “please help me,” according to the arrest affidavit.

Merritt then entered the home and found the bed-bound hospice patient wearing no clothes and the air conditioner was turned off, the report said. Only a cup of warm water and small bag of chips were left for the patient to eat and drink, the report said.

The patient reportedly told the deputy that she had been alone for hours and wanted to leave because her caregiver, Simpson, stays gone and doesn’t take proper care of her.

Simpson then returned to the home hours later, at which time deputies placed her under arrest. When she was asked to empty her pockets, she reportedly handed the deputy a plastic bag that contained suspected marijuana, the report said.