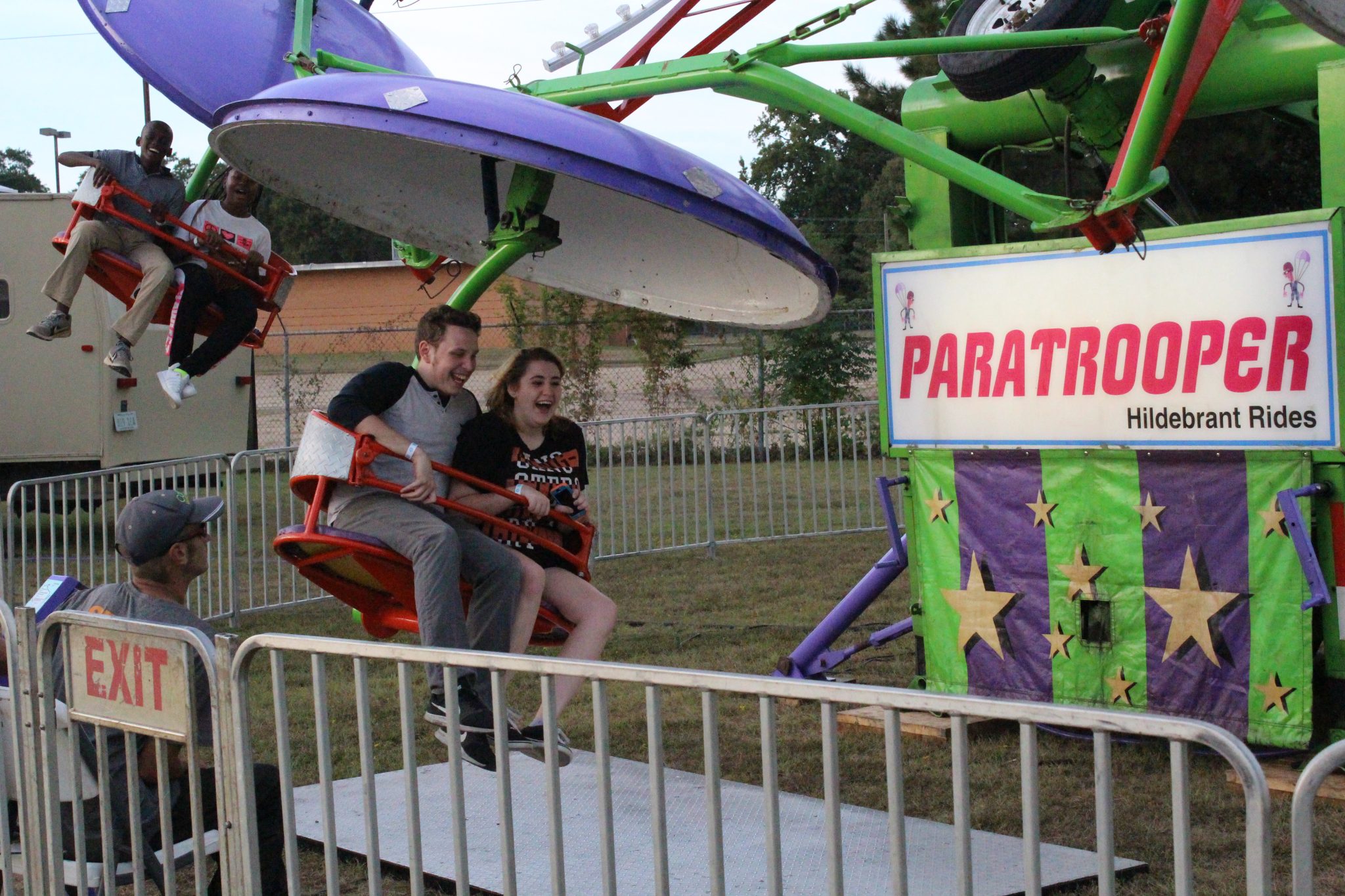 Pigs and kids alike were squealing at the Webster Parish Fair Wednesday night.

Most of the kids who were squealing were on the Zipper or ferris wheel, while the pig (and some kids’) noises were coming from the livestock barn.

4-H events kick off with the pet costume contest at 5 p.m. followed by the 4-H Pee Wee pig show and 4-H leaders and principal pig pusher show at 6 p.m. The beef, dairy, lamb and goat show will begin at 7 p.m.