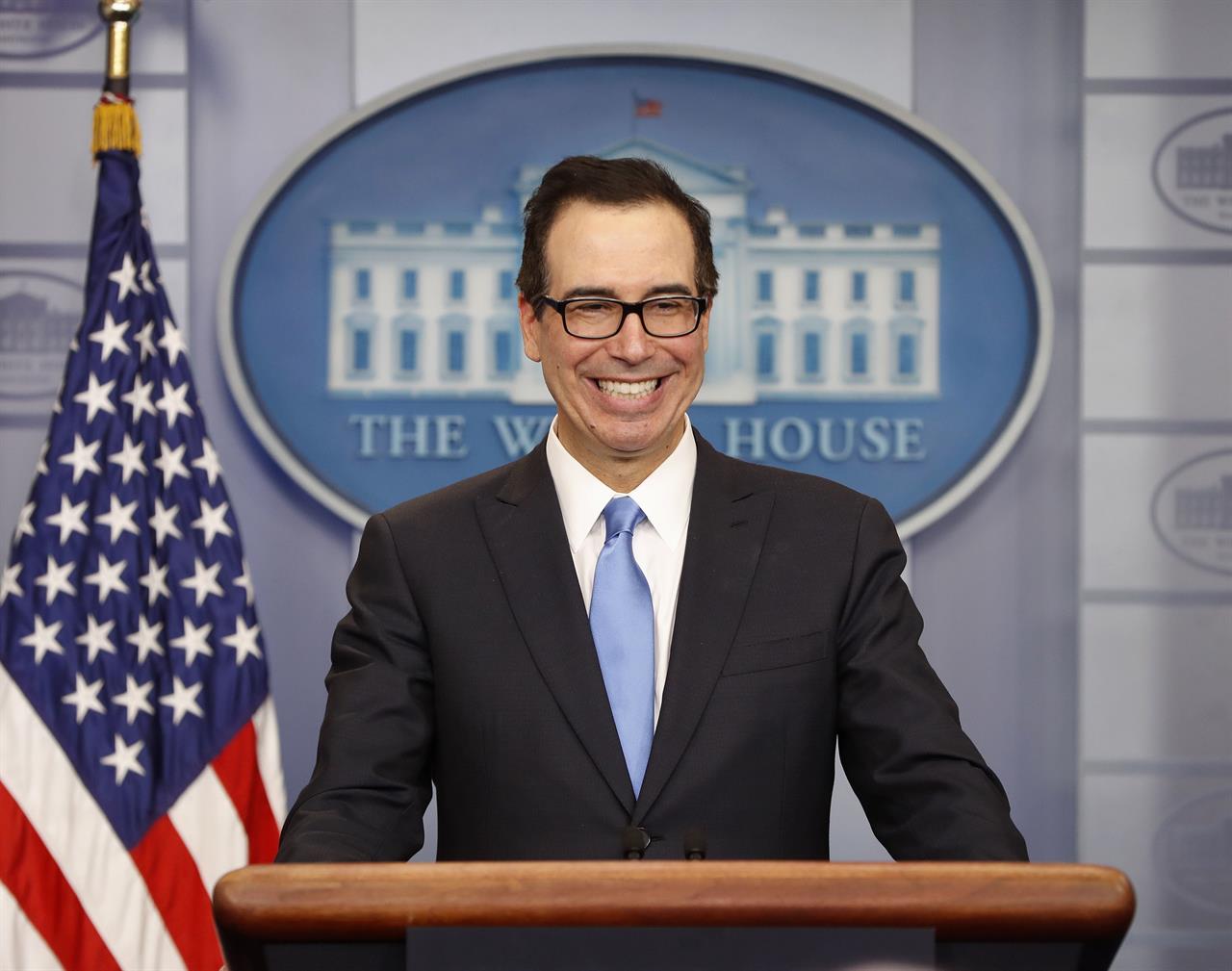 WASHINGTON — President Donald Trump plans to stick with his campaign pledge to slash the corporate tax rate from 35 percent to 15 percent, but the dramatic cut raises a problematic question for the White House: How can the president deliver the “massive” tax cut he promised without also blowing a massive hole in the budget?

A senior administration official confirmed the planned reduction to corporate rates, speaking on condition of anonymity in order discuss details of the plan the president is expected to unveil Wednesday.

Most outside economic analyses say the type of tax cuts being promoted by Trump would likely fuel even larger deficits for a federal government already projected to see its debt steadily rise. The lowered tax rates are also unlikely to generate Trump’s ambitious promised growth rate of 3 percent a year, roughly double the 1.6 percent growth achieved last year. These two factors are related because the Trump administration is counting on faster economic growth to produce additional tax revenues that could then close the deficit. The concept was popularized as “trickle-down” economics during the Reagan years.

The problem is that the economy can’t grow quickly enough to cover the likely hole in the deficit.

“There’s no pure tax cut that pays for itself,” said Alan Cole, an economist at the right-leaning Tax Foundation.

Reducing the corporate tax rate as much as Trump intends would cause a $2 trillion budget shortfall over a decade, according to guidelines from the congressional Joint Committee on Taxation.

Trump has promised to release the outlines of his tax plan Wednesday and has said the plan would give Americans a tax cut bigger than “any tax cut ever.” During the campaign, he backed cutting the corporate tax rate — and the personal income tax rate to 33 percent from a top marginal rate of 39.6 percent.

Although he did not disclose details, Treasury Secretary Steven Mnuchin said Monday the lower tax rates would generate so much economic growth that it would hold the deficit in check.

“The tax reform will pay for itself with economic growth,” Mnuchin said at the White House news briefing, adding that the overhaul would ideally let someone file taxes on a “large postcard.”

By running the risk of higher deficits, the Trump plan could damage the credibility of Republican lawmakers who spent years railing against the rising national debt under former President Barack Obama. Trump could also make it harder to pass lasting tax reform, since any policy that increases the debt above its baseline either requires Democratic support or — if passed by a slim majority of Republicans in the Senate — would expire in a decade. The House Republican tax blueprint tried to offset the lower rates by introducing a new tax system that applies to imports.

Hatch and Brady will be key players in Congress as lawmakers try to tackle a tax overhaul.

Trump’s announcement Friday that he would unveil a tax plan this week caught lawmakers by surprise, despite regular conversations among Mnuchin, Cohn and congressional leaders,
said a congressional aide. The aide, who spoke on condition of anonymity, was not authorized to speak publicly about the issue.

Without a proposal on the table, the White House has been vague about the president’s support for ideas circulating in Congress.

Trump told Fox Business News that he prefers a “reciprocal” tax in which any tariffs, duties or taxes would match what trading partners charge.

Most economists say it’s unlikely that tax cuts can generate enough gains to avoid swelling the government’s red-ink problem — estimated to total $559 billion this year. They also have recent real-world examples to make their case: Tax cuts in Kansas made by Gov. Sam Brownback failed to deliver the expected boost, forcing the state into years of grueling budget battles and harsh spending cuts to make up the gap.

The benefits of the tax cuts could also be limited by economic forces beyond Trump’s immediate control.

The Federal Reserve could raise short-term interest rates, investors might charge the government higher borrowing costs and a stronger dollar could temper growth through exports, said Mark Doms, a senior economist at the bank Nomura.

“Doing some kind of tax cut might boost growth a bit, but there are forces that would counteract the tax cut,” Doms said.

Tax reform would likely have a modest effect on growth, almost surely not enough to match the administration’s 3 percent growth target, said Mark Mazur, director of the nonpartisan Tax Policy Center and a former assistant treasury secretary for tax policy in the Obama administration.