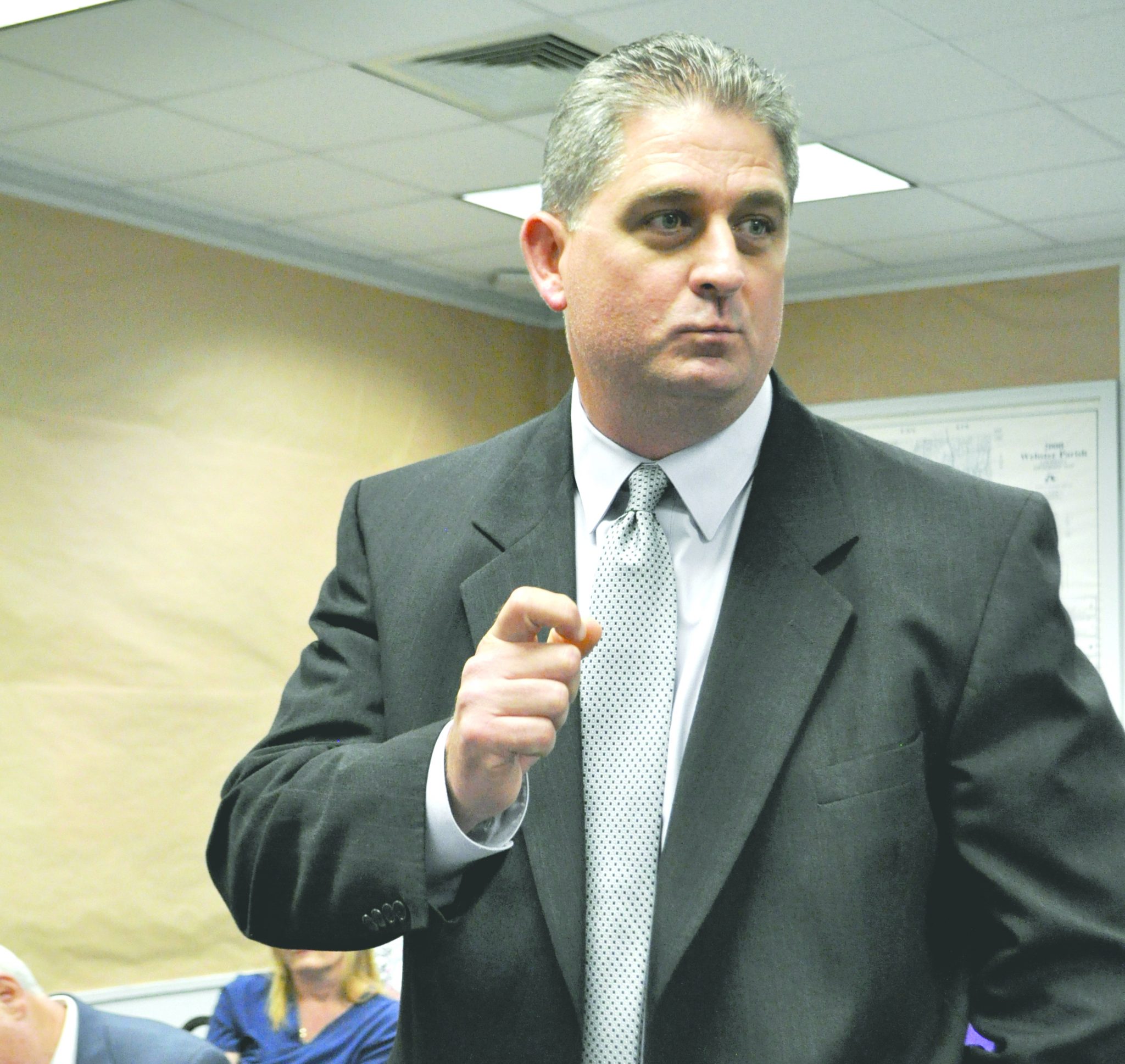 On July 1, 2017, Johnny Rowland officially took over as the new Superintendent of Schools in Webster Parish. Now that the first complete school year since his appointment has come to an end, Rowland sat down with the Press-Herald last week to review the highlights of the year and look ahead to the next one.

“It’s hard to believe that it has almost been a year,” he said. “Time has flown by, and part of that is because of how busy we have been. So I’m thankful for that. We celebrate our strengths and accomplishments, and at the same time, we readily acknowledge that we have areas to improve. We don’t shy away from that. We are in the process of facing those head-on, and we take that challenge and responsibility seriously.”

Upon entering the position, Rowland said one of the main goals quickly became improving test scores in math and English.

“We implemented the Eureka Math and Learnzillion curricula parishwide,” he said. “We asked our teachers to buy in and implement these curriculums and only these curiculums across the board, and our teachers did what they were asked. Our principals did a good job of supporting this district initiative and getting this done.”

The school board also created the Curriculum and Instruction Supervisor position this school year, filled by Dusty Rowland, as well as nine content coaches to ensure that the new curriculums are implemented correctly.

Upon appointment, Rowland said he also immediately saw the need to bring back the Assistant Superintendent position.

For the first time in seven years, that position was filled, as Kevin Washington took on those responsibilities in addition to his post of Supervisor of Child Welfare and Attendance. In addition, every school district employee’s job description was updated this year.

“Our supervisory staff maintained documented, continual, objective walkthroughs of all schools,” Rowland said. “All principals were thoroughly observed and evaluated with feedback for improvement.”

Rowland said the school district established three parishwide goals for all to follow in 2017-2018: Eureka math implementation, LearnZillion implementation, and the reduction of suspensions and major referrals by 20 percent.

Another consistent focus of the school system this year was student safety.

“Of course, After what happened in Parkland, Florida back in February, it has certainly placed a renewed emphasis on school safety and school crisis plans,” Rowland said. “I have been very pleased with the efforts of Mr. Buster Flowers and Mrs. Ursula Hullaby in leading this charge in Webster Parish. They were able to go to all of our schools and do needs assessments when it comes to safety. We were thankful for Mr. Roy Murray, the head of security in Caddo Parish, who was able to go to almost all of our schools and assess needs and make recommendations. That is a continued, constant concern of ours.”

As part of this effort, the school board established the Safe Schools and Community Liaison Coordinator position this year. A Purchasing Agent/Internal Auditor position was also created around the same time.

Rowland briefly addressed the tragic deaths of several Webster Parish students over the course of the school year, commending employees and the community for their encouraging response.

“Sadly, our district has gone through some difficult times this year,” he said. “We’ve lost several students. It has enabled me to see the goodness of our employees as well as our families here in Webster Parish just seeing and observing the outpouring of love, comfort, and support our employees have shown to our families in times of crisis and grief. It has just reminded me of the wonderful character of the people we have in our school system.”

Of course, one of the headlines of the year for the school district was the religion lawsuit filed against it in December by the ACLU on behalf of a parent and student. School officials cannot speak to specifics of active litigation, but Rowland did say he is proud of how students have responded.

“What I have seen as a result of these actions is that our students as a whole have educated themselves as to what their rights are,” he said. “I’ve seen that happen in Webster Parish this year. One thing that we wholeheartedly support here is our students’ rights to express their religious beliefs while at school. One thing I’m pleased about is that through no action taken have our students’ rights been infringed upon.”

The school district has also made more positive headlines from its part in the large-scale workforce development collaboration begun this year in conjunction with the City of Minden, North Louisiana Economic Partnership, Northwest Louisiana Technical College, and several area businesses.

“It shows we are serious about addressing our responsibilities when it comes to preparing our students not only for college, but for the workforce through technical and vocational education,” Rowland said.

He went on to say the school district wants to send a clear message to the business community that they will do their part.

“We are listening,” he said. “We want to have open dialogue with our business community to address deficiencies and areas of need that they see in our young people. And we can do that by working with our principals, counselors, vocational teachers, and core teachers to pass along to them these specific areas of deficiency. I’ve received good, positive response from some of our business leaders about just that.”

“We want to continue to be good financial stewards,” he said. “Because of the sacrifice of so many of our employees, our financial well-being is better than it has been in quite some time. We acknowledge that sound financial stewardship is paramount going forward.”

Academic improvement must be accurately reflected in test scores in today’s environment.

“The state holds us accountable through school performances scores and district performance scores,” Rowland said. “And that is something we are passionate about.”

When asked how the school system can ensure that the academic improvement taking place in the classroom in Webster Parish is accurately reflected in the test scores, Rowland said the answer is constant accountability and monitoring.
“That is the exact reason why the supervisor of curriculum instruction and the nine content coaches were put in place,” he said. “Our teachers have gone through training after training and will be going through training this summer. All of our principals were put through in-depth evaluations. All to ensure that our students are being put in the best position for success on LEAP 2025 and their coursework.”

Louisiana grades schools on a five-point letter grade system that Rowland said is very simplistic on the front end but complex behind the scenes.

“I think it’s important for our stakeholders to remember that even if a school has a D letter grade, just for example, that does not mean there are not many great things and programs going on at that school,” he said. “It does not mean you cannot receive a quality education at that school. However, we also understand public perception, and we want the best scores for our schools.”

The state grading criteria was toughened considerably in October of 2017.

“We’re not going to use it as an excuse or do anything other than prepare our students the best we can and understand that this is the set of standards we’re faced with,” Rowland said.

Lastly, Rowland said school safety will continue to be evaluated and improved in the future.

“It’s probably a goal of every school district in the country, and if it’s not, it should be,” he said.

During the interview, an “administrator boot camp” was taking place at the central office.

“I’m just so encouraged and excited about where we’re headed,” Rowland said. “What a good way to end the school year and get this great opportunity as we move into getting ready for next year. We are never satisfied. In the 2018-19 school year, we hope to improve in every aspect.”