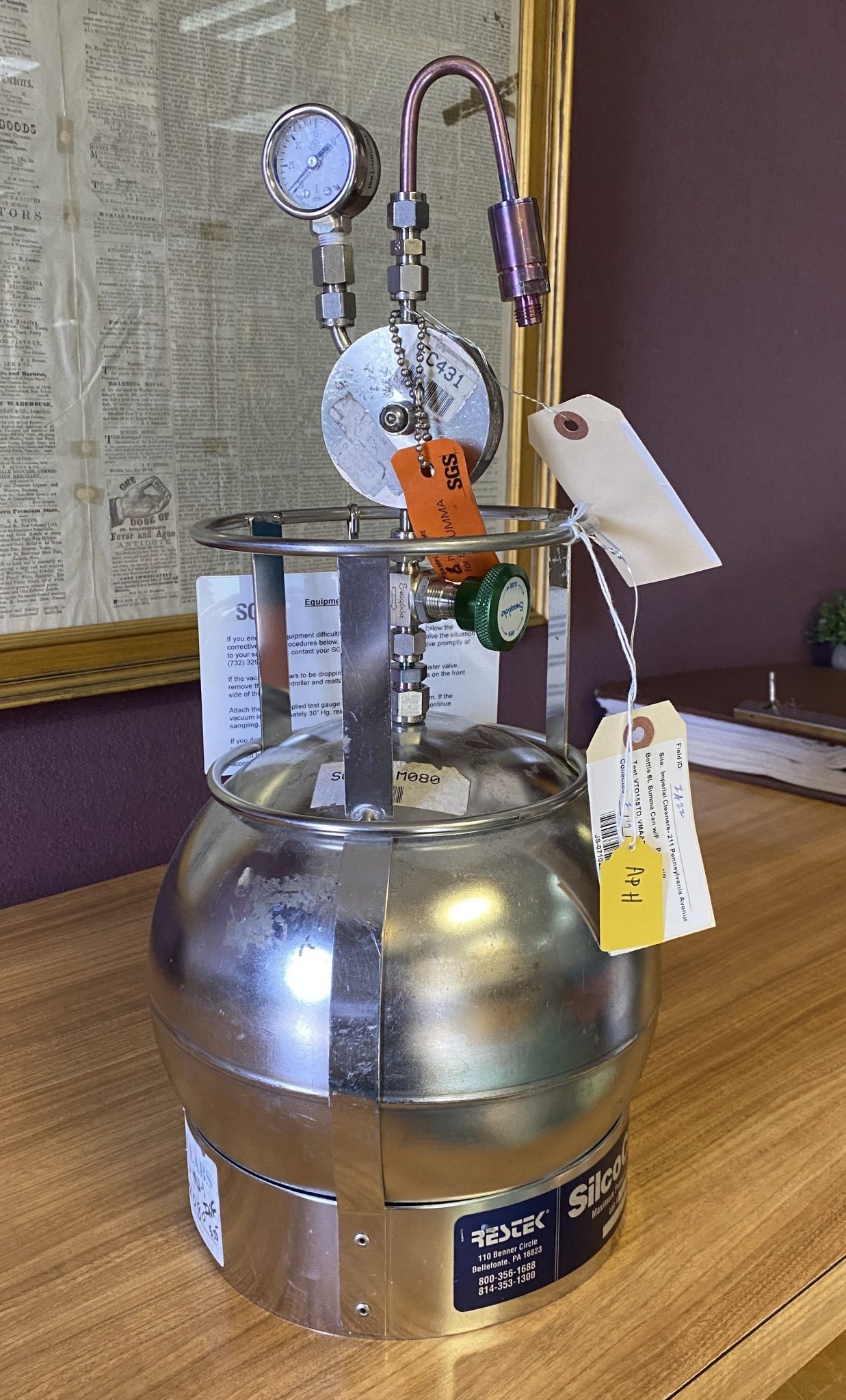 On April 22 of this year, businesses in the vicinity of the Imperial Cleaners and Laundry building were notified by the Department of Environmental Quality (DEQ) that contaminants had been detected in the soil. The notice listed the contaminants found as perchloroethylene (PCE), trichloroethylene (TCE), cis- and trans-1,2-dichloroethene, and aliphatic hydrocarbons. At that time, the employee who was distributing the notices said that contaminants were found in the soil, the groundwater and, within the building, in the air.

“The source of the chlorinated solvent contamination appears to be from historic operations at the former dry cleaning facility,” the notice stated. “It has not been determined how the contamination occurred. Contamination could have possibly resulted from the release of the solvent to a floor drain, operation of a solvent still, lack of dry cleaning machine pans, carryout from transfers of clothes between machines, carryout from muck cleanouts from machines, or solvent waste or other waste mismanagement.”

It is unknown where the aliphatic hydrocarbons originated, but it is hypothesized that they may have come from leaks in underground storage tanks that were once located at 211 and 209 Pennsylvania Avenue. The tanks were closed and removed in the past.

In May, the DEQ conducted pre-air testing inspections. This involved examining the contents and interiors of buildings to see if those buildings contained similar chemicals to the above contaminants. They also checked for areas that would allow gases from the soil to enter buildings through, for example, cracks in the foundations. The purpose of this was to determine if any contaminants found were actually from the cleaning facility or if they were from the building being inspected.

Tier 1 air testing was performed on June 21. This encompassed the area directly around the former dry cleaning facility and also included the nearby child-related businesses such as the preschool at First Baptist Church and Wise Dance Studio. Air testing devices were set up to test the ambient air both inside and outside the buildings over an eight hour period.

On July 19, Tier 2 air testing began. This is the next closest area surrounding Imperial dry cleaners and includes the Minden Press-Herald.

Samples from the air tests are first sent to be analyzed, then specialists check the data to determine the levels of different chemicals found as well as checking the reports for possible errors in data collection. The entire process can take between four and eight weeks.

Once the report is complete, a notice including the data found will be sent to the addresses that were tested. The Tier 1 testing area should be receiving their reports very soon.

According to one of the DEQ employees who was conducting the air testing, the preliminary results from inside the buildings in the Tier 1 area have been very similar to the outside ambient air, but the report is not yet complete.