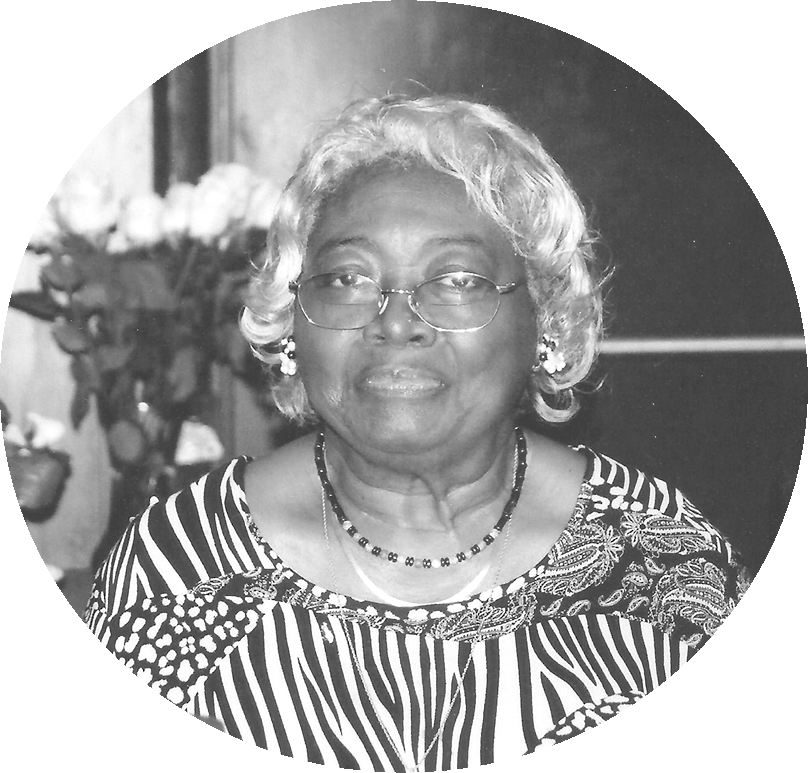 Who can find a virtuous woman?
For her price is far above rubies.
Proverbs 31:10

Born on December 15, 1930 to the Cotton Valley farming family of Andrew and Sue Willie Jefferson, Alice was the tenth of eleven children. She often told the story of how she was the baby of the family until her baby brother Charlie showed up and ruined it for her.

Alice attended elementary school at Rosenwald School in Cotton Valley, LA. She went to school before she was old enough because she tagged along with her sister Caledonia. She was allowed to stay because she was such an exceptional student. Alice skipped from the third to the fifth grade because of her academic ability.

The story, according to her brothers, was that she got so smart because she had been shot in the head. As a child, she was playing a game with her brothers. She was the rabbit, and they were the hunters. When they caught her, her brother W. J. shot the “rabbit” right between the eyes. She survived the wound, and the bullet was never found which became the basis of the story of why Alice was so smart because that bullet was stuck somewhere in her head.
Alice went to high school at Webster High School in Minden, LA, the only high school for Blacks in the area at that time. She graduated from Webster High School in May of 1948 at the age of 16.

Alice entered Grambling College, majoring in education. Being a young, scared, country girl, she was very uncomfortable; however, she knew she wanted an education. Two people who stepped up to help her were the winningest college coach, Coach Eddie Robinson, and Dr. Ruth Bradford. Coach Rob served in the capacity of a bodyguard making sure she felt protected and safe. He saw to it that she was protected as she went from her dorm to classes, the cafeteria, etc. Dr. Bradford recognized that she was an excellent student and sponsored her when she pledged on the first line of Delta Sigma Theta Sorority. She received the Pepsi Cola, Delta Sigma Theta Sorority, and Alpha Kappa Alpha Sorority scholarships.

Alice’s mother, Sue Willie, encouraged her to go to school as far and as long as the scholarships would last believing that something would come through when they ran out, and it did. By the time the scholarships ran out, Alice’s brother Luther, the Tuskegee Airman, was in the military and sent money monthly to cover the cost of her room and board. She graduated in 1952. Alice was among the first black college graduates in Cotton Valley.

Alice met a local Valley boy and fell in love. On August 16, 1953, Alice married George Will Shaw, Sr. They had the first Black church wedding in Cotton Valley at Wesley Grove C. M. E. Church. They raised and nurtured their children. They maintained a home filled with love helping to rear many generations of nieces and nephews. George, better known as GW, passed away on November 21, 2012.

She was known for her sense of humor and her “Alice” moments. She loved to dress up, and she appreciated a compliment. After getting ready for various events, she could be heard to say, “I am so sharp, I cut myself.”