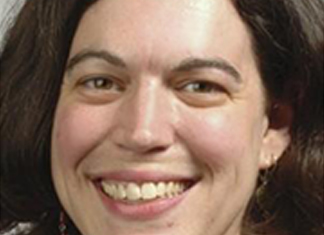 The privatization deal for LSU’s Shreveport and Monroe hospitals seems to be imploding. Maybe that was inevitable when university leaders agreed to a contract filled with blank pages or when they chose a manager with no experience running a patient care facility.

The hospital manager — the Biomedical Research Foundation of Northwest Louisiana — has one more week to devise a plan for correcting LSU’s complaints about its oversight of the facilities or the university system will seek to remove the manager, claiming breach of contract.

“BRF has consistently engaged in actions and activities that are contrary, and in fact antagonistic, to the best interests of LSU and the state,” LSU System President F. King Alexander wrote in a July 10 letter that outlined 11 pages of complaints about hospital management.

LSU clearly wants a new hospital operator. Gov. Bobby Jindal agrees. So do several of the candidates running for governor in this fall’s election. But the research foundation is fighting efforts for its ouster.

It’s difficult for Jindal, LSU and others involved in striking the privatization deal to suggest they shouldn’t have been able to see this coming.

The research foundation, known as BRF, took control of the two north Louisiana hospitals in October 2013 through a no-bid contract, part of Jindal’s push to privatize most of the university-run public hospital system.

Privatization of the hospitals in Shreveport and Monroe was in contrast to the approach the Jindal administration took in south Louisiana, where LSU’s facilities are being overseen by companies that run other private hospitals in the area.

BRF, created in 1986 to boost regional economic development, had more limited resources and no background in hospital management. That raised concerns about whether the foundation had the experience and financing to oversee one of the largest LSU hospitals, which provides much of the region’s uninsured care and is used to train medical students.

The research foundation’s president and CEO, John George, was a Jindal campaign donor and, at the time the deal was struck, one of Jindal’s appointees to the LSU Board of Supervisors.

George has since resigned from the university system governing board, and relationships have apparently become so frayed that Alexander’s letter calls for George to resign from BRF and be banned from any association with LSU.

Financial documents took nearly a year to complete. LSU sent a collection letter demanding millions in payments during the dispute. The foundation accused LSU of mismanaging its clinics. The hospitals’ CEO abruptly resigned in March.

In his letter, Alexander said BRF hasn’t established a sustainable financial model for the hospitals, has damaged the LSU Shreveport medical school’s reputation and threatened the stability of both the medical school and the hospitals.

“These issues arose even prior to the commencement of the partnership on Oct. 1, 2013, and continue to be issues nearly two years later,” Alexander wrote.

He described unpaid debts owed by BRF and shortages of needed hospital supplies.

In response to the criticism, BRF leaders are accusing LSU of working with a competing health care provider in the region, Willis-Knighton Health System, to try to undermine the entire privatization deal.

Willis-Knighton wouldn’t comment on the lawsuit, but the health system reached out to Jindal and others about possibly assuming management of LSU’s Shreveport hospital earlier this year, despite two years ago pulling itself from consideration as a possible partner.

Steve Skrivanos, chairman of the BRF board, wouldn’t comment directly about LSU’s breach of contract claims, but said: “We remain committed to the partnership.”

It’s hard to see how it could work well with Alexander writing this: “LSU’s lack of confidence and trust in BRF to achieve the public purpose, based on almost two years’ worth of experience, will be difficult to overcome.”