Home Uncategorized Apaches back to basics this week at practice 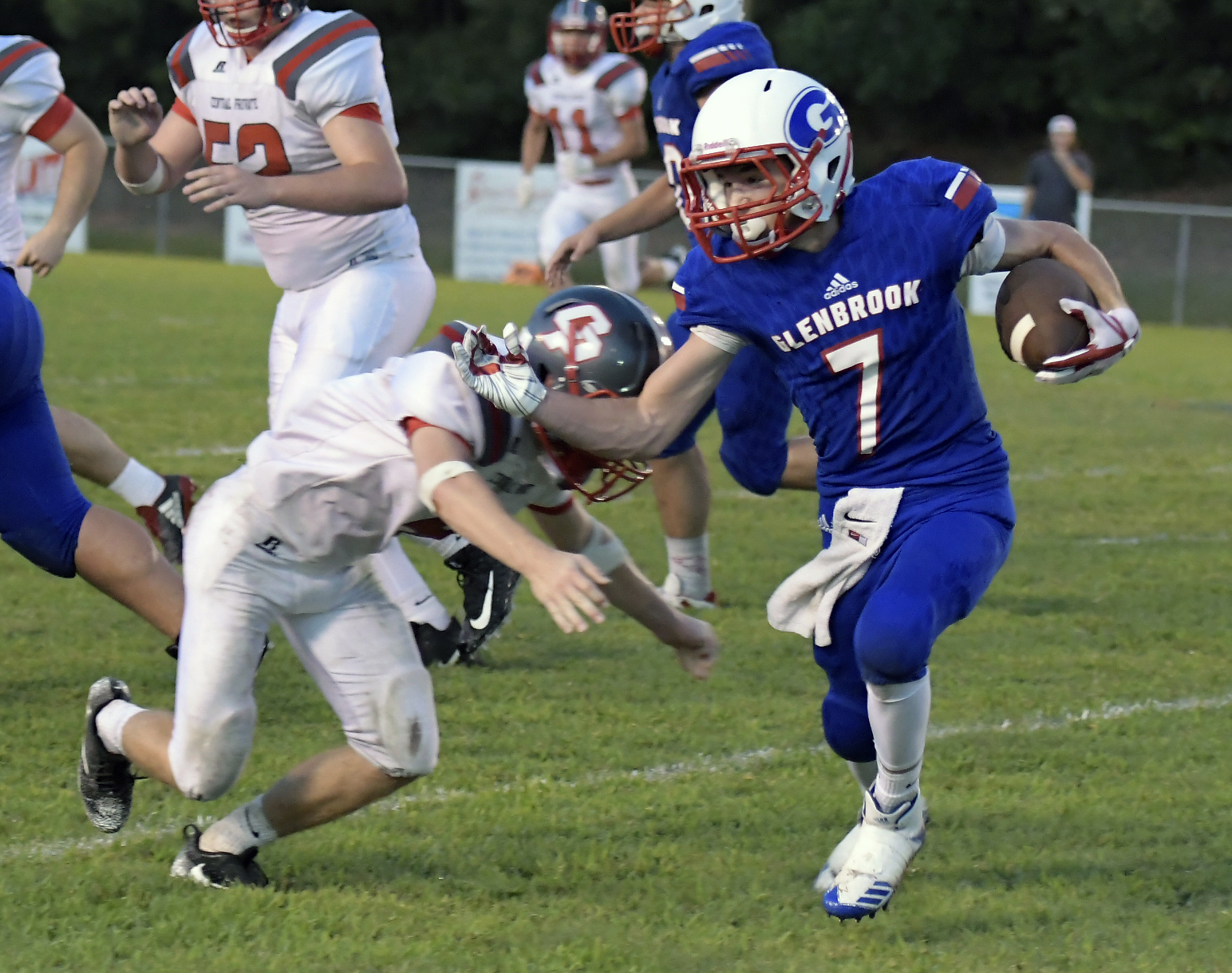 First-year head coach of the Glenbrook Apaches Ronnie Powell said when his team got together for the first time this week following last Friday’s disappointing 48-22 loss to Central Private, they had a “come to Jesus meeting.”

“We watchd the film and we spent a lot of time banging on each other this week, getting back to the basics of the game,”
Powell said Thursday. “Wednesday was the best practice session we’ve had since I’ve been here. Everybody seems to be upbeat.”

That’s welcome news as the Apaches prepare for their third trip to Mississippi in four weeks. This week’s opponent, the Central Hinds Academy Cougars, are a tough team to pin down.

The Cougars run a jumbo-style set on offense almost all game, with a fullback and extra-lineman lining up in the backfield next to a quarterback and offset running back.

CHA outflanked the St. Aloysius defense last week for their first victory, wearing down the opposition the same way they’ll try to wear down Glenbrook.

“In all my years, it’s the first time I’ve ever seen this formation and alignment on offense,” Powell said. “Sometimes they’ll have seven people on one side of the ball. They have a size advantage on us, which concerns me, but if we can get as many people out in front of that formation as they have, I like our chances. We have to get our safeties to turn the plays back into our backers and ends.”

“We’ll do some shotgun formations and other things to try and give our guys a better chance,” Powell said. “We don’t have an experience quarterback, so we’re learning still what works best for us.”

Glenbrook running back Da’maza Robinson is expected to miss his second game in a row after suffering a knee injury against WCCA in week two.