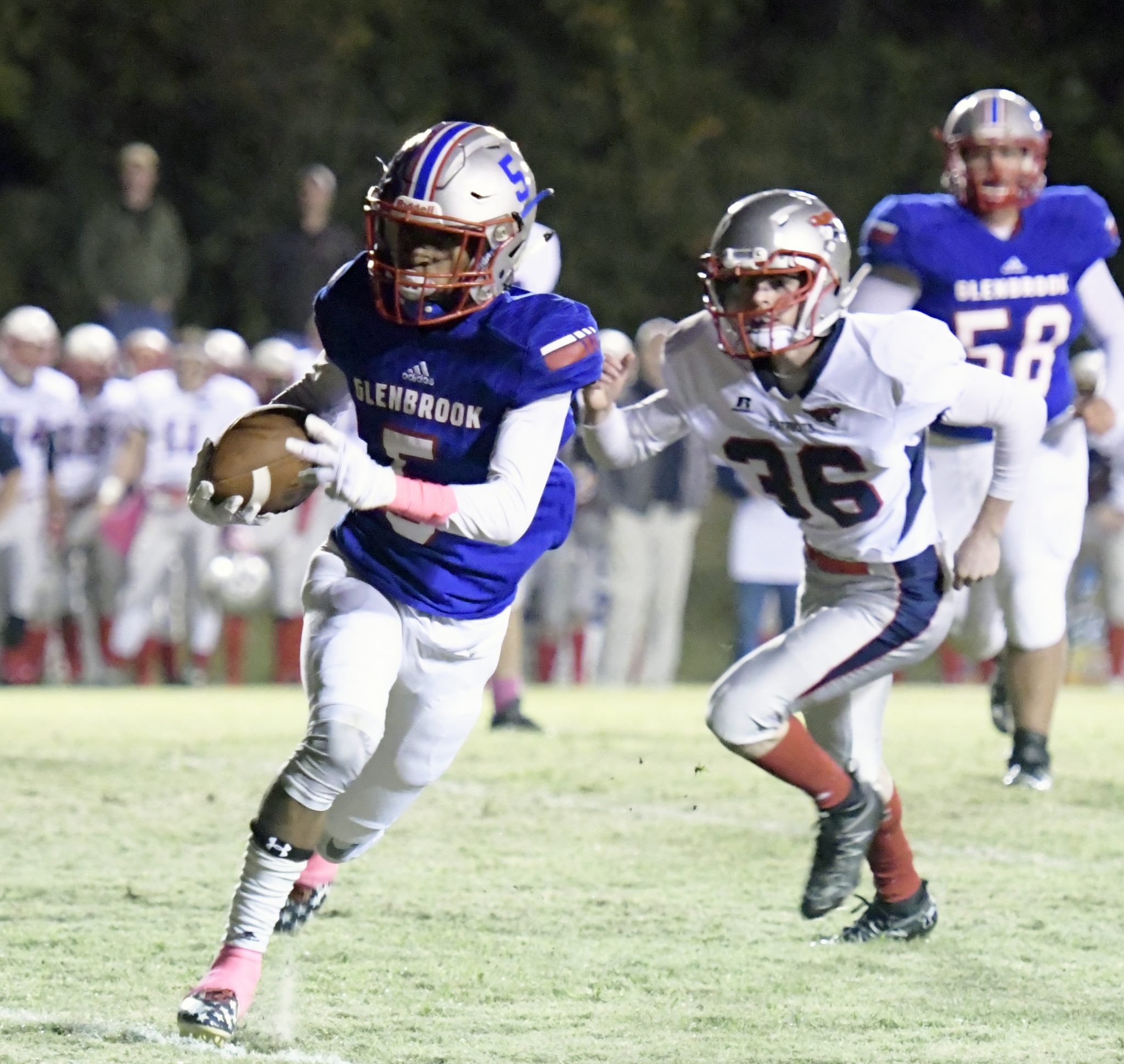 Glenbrook (5-5), playing their final regular season game against the CHEF Patriots (a homeschooled team out of Baton Rouge) pulled out a 25-14 victory highlighted by an offensive explosion from quarterback Seth Tyler.

Senior wide receiver targets Joseph Windham and Mason Hood each hauled in touchdowns for Glenbrook, as did Da’maza Robinson, all part of Tyler’s 17-of-19 night with 435 yards passing. Fellow senior Trent Albritton recorded 13 tackles, a game high to cap a senior-night win.

After the game, an emotional senior class shed some tears, a custom of sorts for this type of nights, but the Apaches got some uplifting news when they found out the chips fell their way and they qualified for the MAIS Class AA playoffs.

“We came out early on and were clicking on all cylinders,” Glenbrook second-year head coach Caleb Carmikle said. “We had some issues early on with starting slow, so I was really proud that wasn’t the case Friday night. We were really able to do whatever we wanted in the first half offensively. We sputtered for awhile near the end, but did what we had to do to win.”

The Glenbrook defense was suffocating all night, led by Albritton and stud defensive tackle Nick Moses.

“The defensive line did a great job of not getting pushed around,” Carmikle said. “Trent Albritton had one of his better games of the season. They scored on some crazy special teams plays with three kickoffs in-a-row out of bounds, but their effort was great all night.”

On the other side, Glenbrook’s QB came close to 500 yards of offense.

“All week long we expected a big game,” Carmikle said. “He threw some great balls, got it out quick and his receivers and tight end made some great plays. Parker Christy had a breakout game and made some big plays for us, adding another demention to our offense.”

Finally, Carmikle addressed the senior class, one that keyed a massive turnaround from 1-9 last season.

“These seniors mean so much to me personally,” he said. “They’ve stayed the course and gotten this program back where it needs to be. Making the playoffs, as we move forward won’t be a shock and it’s all because of the work they’ve put in. It was probably the most emotional postgame I’ve ever been a part of.”

“It’s a great opportunity. It should be a great atmosphere. They’re the team to beat until somebody beats them, but we look forward to the challenge.