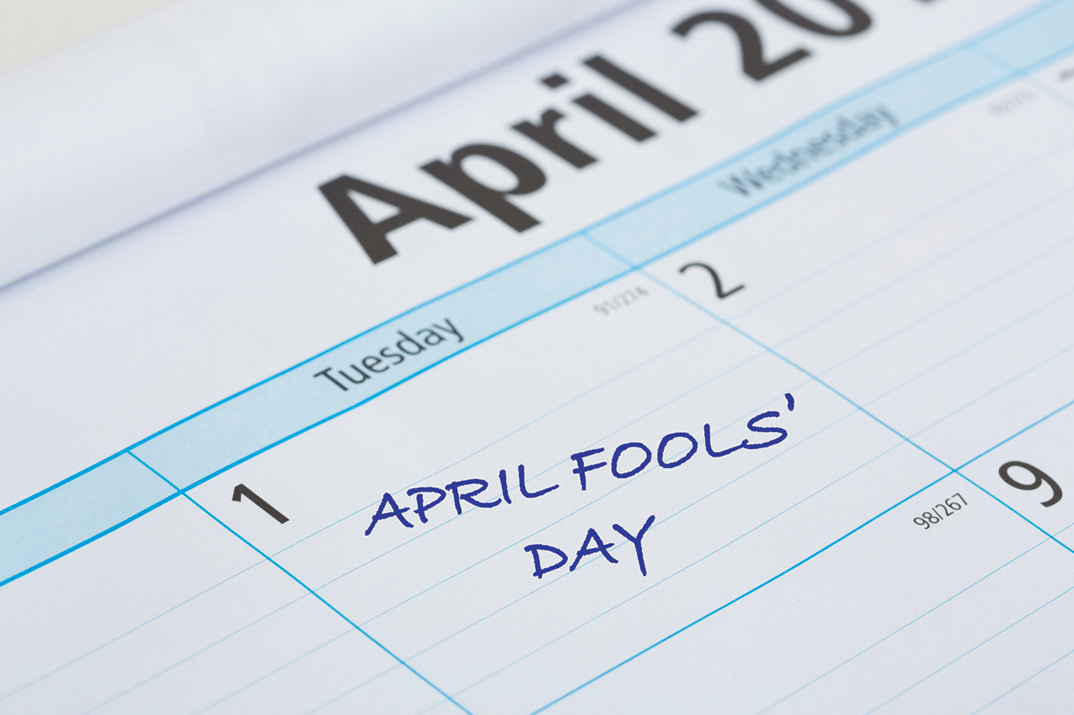 References to April Fool’s Day can be traced back to as early as the 1500s, but information on its origins is vague and infrequent.

The beginnings of April Fool’s Day remain something of a mystery, but many throughout history have offered their takes on the holiday for hoaxers.

One of the more popular theories suggests that April Fool’s Day sprang up after the French calendar reform in 1564. France moved the start of the year from the end of March to January 1, and those who continued to celebrate the new year in March were the victims of pranks.

Pranksters stuck paper fish to the backs of unwitting victims. To this day, Poisson d’Avril, or April Fish, is the term used for April Fool’s Day in France.

Other cultures celebrated the new year on or around April 1, including many Romans and Hindus. The timing coincided with the vernal equinox.

Spring often heralded the start of the new year. Some have linked April Fool’s Day to the notion of “spring fever.” There may be something about changing from winter to spring to serve as the catalyst of festive, lighthearted celebrations.

Today, people all around the world celebrate April Fool’s Day with silly pranks and attempts to convince people to believe in things that are truly
ridiculous. Unless one wants to be the victim of a prank, he or she should take things said and done on April 1 with a grain of salt. Nothing is what it seems on April Fool’s Day, and that’s part of the fun of it.

The history of April Fool’s Day, or All Fools’ Day, dates back to sixteenth century France and the reform of the calendar under Charles IX, when the Gregorian Calendar was introduced and New Year’s Day was moved from April 1 to January 1. Back then, word did not spread nearly as quickly as it does now, and some people didn’t find out about the date change until several years after it was initiated. As a result, some were still celebrating the New Year on April 1, and the rest of the population ridiculed those people who were not in the know. And they were sent on pranks called “fool errands.” These pranks were also known as “poisson d’avril,” which means April fish, because a young fish is easily caught. Eventually the April pranks spread outside of France into other areas of Europe, and different countries developed their own names and variations of pranks.

In present day North America, April Fool’s Day is celebrated with jokes and pranks, some of which have actually fooled the masses. Over the years, certain pranks have stood out as monumental April Fool’s Day hoaxes. Here’s a look at some of those more memorable pranks.

In 1976, British astronomer Patrick Moore announced on BBC radio that, at 9:47 a.m., a once-in-a-lifetime event was going to happen. He said that Pluto was going to pass behind Jupiter and create a momentary decrease in the Earth’s gravity. It would result in a strange floating sensation on Earth. The BBC began to receive hundreds of phone calls from people having said they felt the gravitational effects.

Discover magazine reported in 1995 that a new species of animal was found in Antarctica. It was called the hotheaded naked ice borer. These animals were purported to have bony plates on their heads that would become burning hot from numerous blood vessels underneath. The animal could bore through ice at high speeds. The magazine received more mail for this story than any story in the history of the publication.

In 1998, Burger King printed a full-page advertisement introducing the “Left-Handed Whopper,” which was specially designed for all of the lefties. The condiments were rotated 180 degrees for the benefit of left-handed customers. Thousands of customers headed into Burger King to get the special burger.

It was reported in 1998 that the Alabama state legislature had voted to change the mathematical value of pi from 3.14159 to the “Biblical value” of 3.0. News spread quickly over e-mail, and the Alabama legislature began receiving hundreds of calls from angry protestors.

In 1977, British newspaper The Guardian published a seven-page supplement on San Serriffe, supposed to be a small republic consisting of several semi-colon-shaped islands in the Indian Ocean. The two main islands were called Upper Caisse and Lower Caisse. Phones rang with eager people trying to find out more information about the idyllic spot. Only a few realized everything about the republic was named after printer’s terminology.

In 1996, the Taco Bell Corporation announced they had purchased the Liberty Bell and were renaming it the Taco Liberty Bell. Protesters called the historic park in Philadelphia where the bell was located. Taco Bell revealed the joke a few hours later. White House press secretary Mike McCurry added to the prank by announcing the Lincoln Memorial had also been sold. It would be known as the Ford Lincoln Mercury Memorial.

Only one TV station broadcasted in Sweden in 1962 and did so in black and white. The station’s technical expert said that, thanks to new technology, viewers could convert their TV sets to color reception by pulling a nylon stocking over the TVscreen. Thousands of people fell for the prank.

A Sports Illustrated journalist made up a story about a new rookie pitcher who would be playing for the Mets in 1985. The pitcher’s name was Sidd Finch, and he could reportedly throw a baseball 168 mph with pinpoint accuracy. Surprisingly, Sidd Finch had never even played the game before.

Instead, he had mastered the “art of the pitch” in a Tibetan monastery under the guidance of the “great poet-saint Lama Milaraspa.” Mets fans fell for the prank and the magazine was flooded with requests for more information.

In 1957, the BBC news show “Panorama” featured a story that a mild winter and elimination of the spaghetti weevil enabled a bumper spaghetti crop by Swiss farmers. Footage of Swiss peasants pulling spaghetti off of trees was released, and hundreds were taken in by the prank. Many called the BBCasking how they could grow a spaghetti tree for themselves.