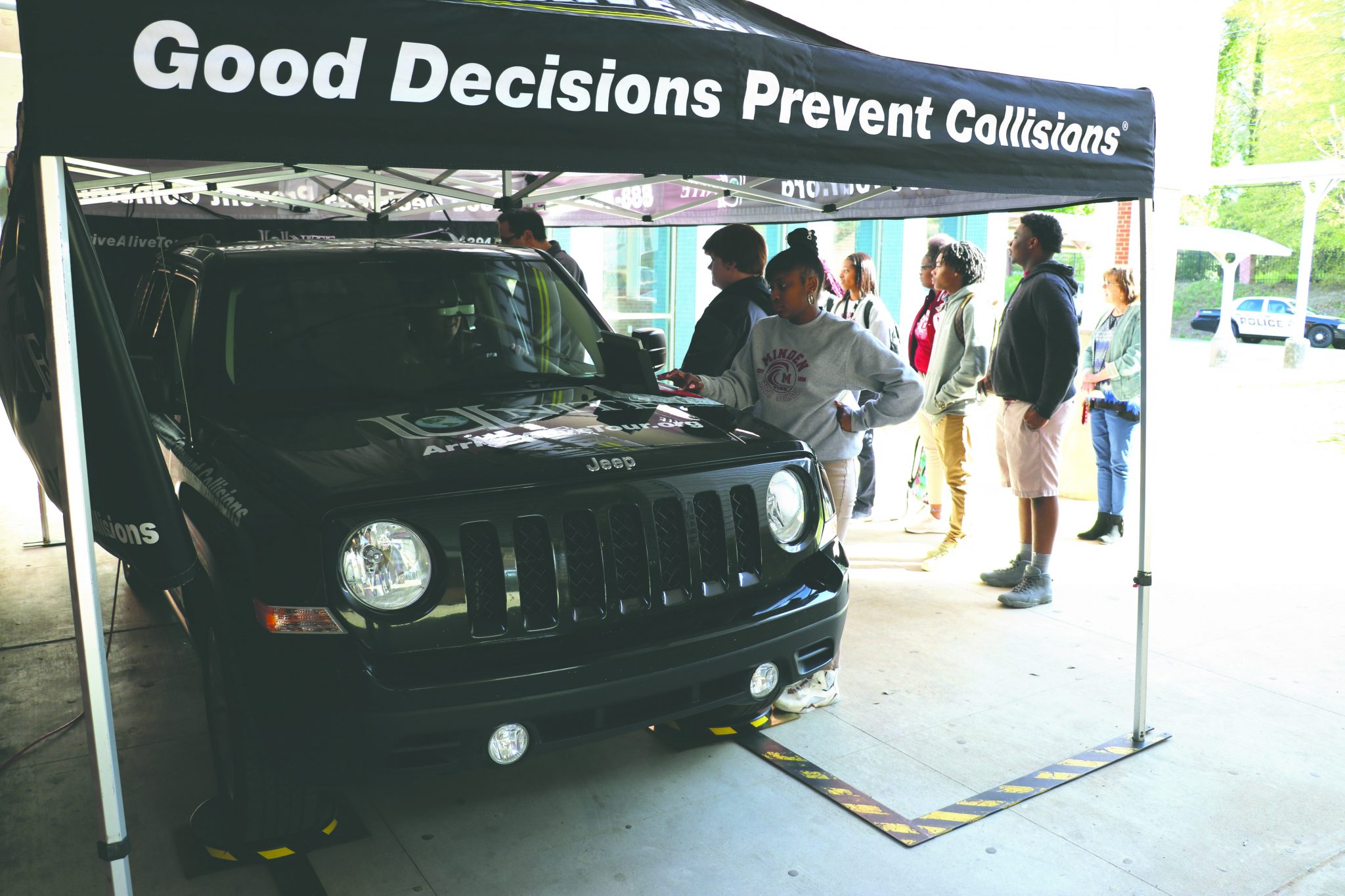 Webster Parish schools participate in Driving Under the Influence Simulations

The Arrive Alive Tour® from UNITE visited Webster Parish schools this week. The first stop of the tour in Webster was North Webster High School on Monday. On Thursday Arrive Alive made its way to Minden High School to show students the effects of impaired driving. The students were able to participate in a virtual simulation of either text, drinking, or under the influence of marijuana and driving. After each simulation the student behind the wheel was issued a DUI citation and was able to receive a photo of them behind the wheel along with taking a short anonymous survey.

The tour’s final stop in Webster Parish will be Lakeside High School today from 8 a.m. to 2 p.m.

UNITE’s Arrive Alive Tour® program uses a high-tech simulator, impact video, and a number of other resources to educate the public about the dangers of intoxicated driving. The simulator allows participants to experience the potential consequences of impaired driving in a controlled environment.

Nearly one-third of all traffic deaths involve alcohol-impaired drivers. Every two minutes, a person is injured in a drunk driving crash. On average, two in three people will be involved in a drunk driving crash in their lifetime. In 2014, the highest percentage of drunk drivers involved in fatal crashes were in the age range of 21 to 24. Every day, people drive drunk more than 300,000 times. However, only about 3,200 of those people are arrested.

One of the most commonly recognized driving distractions is cell phone use. About 89 percent of all Americans have a cell phone, according to CTIA – The Wireless Association. Drivers under 20 years old have the highest proportion of distraction-related fatal crashes according to the National Highway Traffic Safety Administration. Their lack of driving experience can contribute to critical misjudgments if they become distracted. Not surprisingly, they text more than any other age group, and the number of young drivers who text is only increasing.

UNITE brings health and wellness programs to high schools, colleges, and communities across the nation. Its programs are designed to heighten awareness to the dangers and consequences of impaired driving. These events have a powerful impact on students to reinforce the subjects that schools and parents teach them daily.