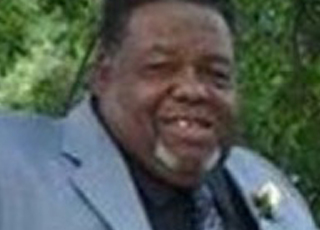 Facebook
Twitter
Linkedin
Email
Print
Artie Lee Brown Jr. was the oldest child of Artie Lee Brown Sr. and Isabell Brown. He was born on Dec. 12, 1945. He was loved and adored by all of his siblings. He accepted Christ as his personal Savior and Lord at an early age at Mt. Olive Baptist Church.

Artie united in holy matrimony to the late Donna Dudley. To this union, one daughter and one son was born. He had many friends and relatives. He will forever be missed.

Artie Lee Brown Jr. departed this early life on Feb. 13, 2016 at Minden Medical Center. He was preceded in death by his parents, his wife, and his two brothers, George Alexander and David Brown.

Funeral services for Mr. Artie Brown Jr. will be at noon Saturday, Feb. 20, 2016 at the 14th District Building Baptist Church. The Rev. Henry Warren will officiate. Interment will follow at the Sheppard Street Cemetery.
Visitation will be from 10 a.m. until 7 p.m. Friday, Feb. 19 from in the chapel of Kennon’s Mortuary with family hour from 7 until 8 p.m.