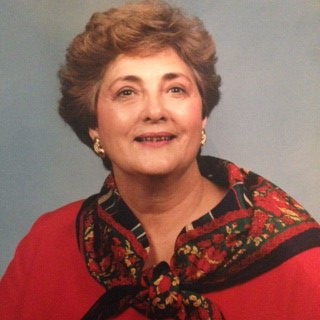 Barbara Winch Stewart Shaffer passed away on Tuesday, Oct. 18, 2016 after a brief illness. Visitation will be held from noon until 2 p.m. Saturday, Oct. 22, 2016 at First United Methodist Church in Minden. Graveside services will be at 2:30 p.m. Saturday at Minden Cemetery in Minden under the direction of Rose-Neath Funeral Home in Minden.

Barbara (Bobbie) was born in Pecan Island on July 7, 1931 to Luther Lewis Winch and Margaret Guidry Winch. She was the youngest of four siblings. Her family moved to Abbeville in 1945 and she lived there until she graduated from Abbeville High School in 1948.
She then moved to New Orleans to attend nursing school at Touro Infirmary where she became a Registered Nurse in 1951. In New Orleans, she met her husband, Daniel Webster Stewart III and they were married there in 1952. They made their lifelong home in Minden where they raised their three children; Cheryl, David and Webb.

Bobbie was a devoted mother and was very involved in her children’s schools as well as being involved in many clubs and volunteer groups including The Women’s Department Club, Junior Service League and Minden Medical Center. She was a very proud grandmother and great grandmother and loved attending their special events. Bobbie prided herself on her cooking and loved being in the kitchen cooking for others. She enjoyed spending time with her family and friends at her camp on Lake Bistineau as well as working in her yard.

After being widowed for 13 years, she married Vernon (Buck) Shaffer in 2000 and enjoyed life with him until his death in 2014.

The family extends their thanks and gratitude to Dr. Mike Chanler and the staffs of Minden Medical Center and Town and Country rehab for their kindness and attention to Bobbie during her recent illness.

In lieu of flowers, the family suggest memorials be made to the ALS Association, First United Methodist Church of Minden or a charity of your choice.