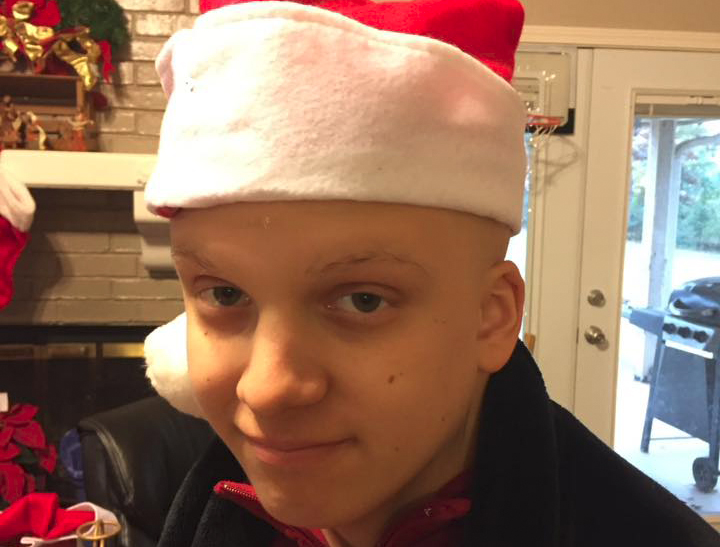 Lifeshare Blood Centers will be hosting a blood drive Tuesday in honor of one of Minden’s own.

The blood drive will be from 1 until 6 p.m. at the Minden Civic Center in honor of Coleson Shaw.

Shaw, who battled Diamond Blackfan Anemia as a small child, is now battling cancer. He is under chemotherapy treatment for rhabdomyosarcoma, a tumor that appears in soft tissue, such as muscle, or in the connective tissue, such as cartilage or a tendon, according to the National Cancer Institute.

The mass was discovered in his hip area in September, his mother, Yvette Shaw said. He must have transfusions of red blood cells and platelets about every three weeks while undergoing chemotherapy.

“He was having a lot of pain in his hip and that’s how we found it,” she said. “We went to Dr. (Elizabeth) Phillips and we thought it was a pulled muscle, because the three boys and I had been working out. We treated him for the pain, and it kept on. I thought it might be related to his spine because he got rods in his spine in April 2015.”

Yvette Shaw took her son back to the surgeon, who told them Coleson Shaw should sit out from his athletic activities for about six weeks. When the pain worsened and he could not sit or walk properly, his mother took him back to his doctor.

“We ended up back in Dallas and they did an MRI, which showed the tumor,” she said.

Rhabdomyosarcoma can be treated and treatment has about an 80 percent success rate depending on the location of the tumor. So far, Coleson Shaw has had four chemotherapy treatments and has been traveling to St. Jude Children’s Research Hospital’s satellite center in Shreveport.

She said he is taking it all in stride and they are all confident he will beat the cancer.

“He’s responding well, and by the time he finished the first treatment, he was off the crutches,” she said. “I mean it was overnight. That’s how fast the chemo started working. Within the next few weeks, he was sitting. And all the pain is gone, so we know the tumor is shrinking.”

Wednesday, Coleson Shaw and his mother traveled to Memphis to St. Jude for another MRI and CT scan to check his progress. The tumor has shrunk, but they aren’t sure how much, she said.

Radiation will be required, and Coleson Shaw will be returning to St. Jude after Christmas to begin the six-week treatment. She said it is just part of the protocol, although she prayed he would not have to go through radiation.

“There’s nothing we can do to make this different,” she said. “We just have to get through it and move on. It’s nothing bad; it’s just part of the plan.”

Her son was diagnosed with Diamond Blackfan Anemia, a rare bone marrow disorder in which the bone marrow does not produce enough red blood cells, at just two months old. For six years, Coleson Shaw received monthly transfusions until they learned his brother, Cade Shaw, was a bone marrow match. After much prayer, the family decided to allow him to donate marrow to his brother.

Following the transplant, Coleson Shaw was cured of the rare disorder and began living a normal life joining in several athletic activities such as basketball and karate. He is now a black belt, one of the highest distinctions in karate.

He and his family were amazed at the outpouring of support and prayers as they battled Diamond Blackfan Anemia, she said. Today, as he faces this second battle, Yvette Shaw and her family expressed their deep appreciation for blood donations, which helps children and teens like Coleson Shaw.

“The need is great,” she said. “Our family is grateful for the outpouring of support we got during his battle with Diamond Blackfan Anemia. Now, we’re in the same boat, and the need is as great now as it was back then. We appreciate our hometown supporting us then, and we hope they will support us now.”

Mary Jo Henderson, LifeShare Blood Centers representative, said this is why people need to donate blood. Supplies are nearly always critically low, and without the life-saving blood donations, children like Shaw would not have access to the life-saving transfusions.

“People need to know why they are donating, and he is just one in a million who needs help,” she said.

“A couple of weeks ago, we went to get platelets for him in Shreveport, and there weren’t any for him,” Yvette Shaw said. “It is so important for people to donate, because we were just one person who needed platelets. I know this time of year, people aren’t thinking about blood donation, but people are still receiving treatments and chemo doesn’t stop. The need for blood doesn’t stop just because it’s the holidays.”