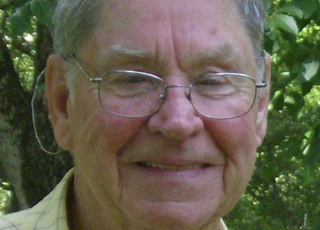 Bud was born Jan. 9, 1933 in Enterprise and entered into rest Aug. 23, 2016 in Shreveport. He was a veteran of the United States Army serving during the Korean conflict. He was a member and deacon of Evergreen Union Church, a retired towboat captain for Canal Barge Company, and a member of the Blake Brothers Bluegrass group for 10 years. Bud lived for his grandchildren and great-grandchildren. He loved his dogs and his gardens.

He was preceded in death by his parents, brothers Jody and Dickie Sandidge and sisters Mildred Reitzammer and Jean Militello.

The family wishes to thank Lifecare North staff for the care given to Bud.

In lieu of flowers memorials may be made to Shriners Children’s Hospital or Evergreen Union Church.