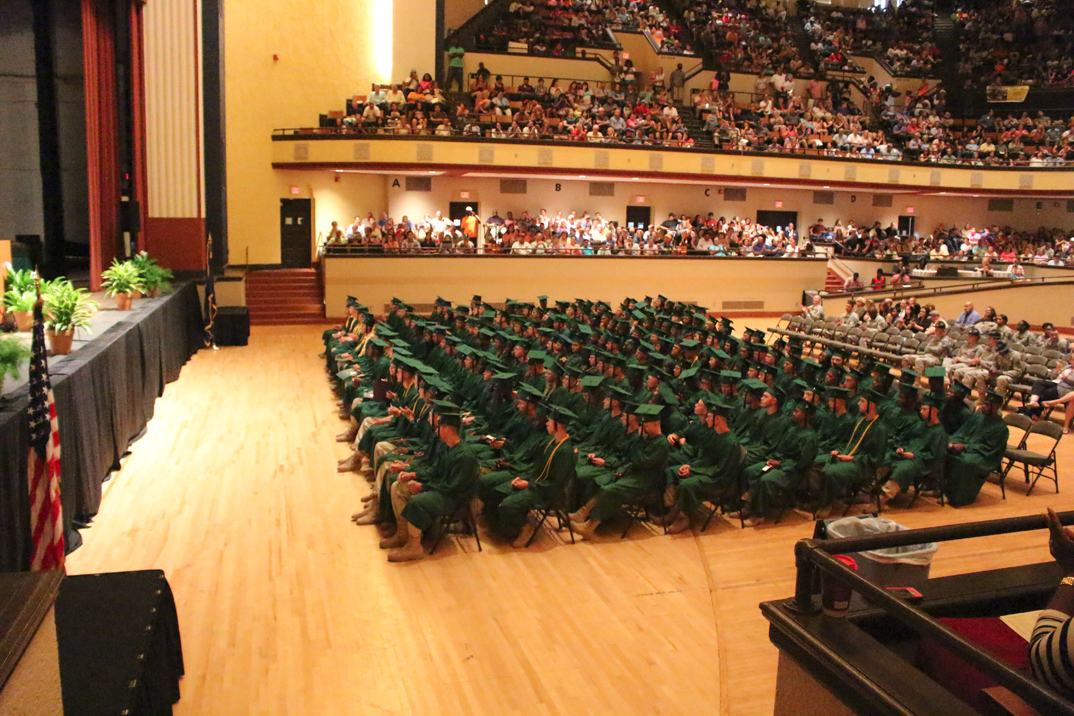 Robert Fuentes, Penelope Smith and Timothy Waetheron were among the 206 cadets that received their diploma at Shreveport’s Municipal Auditorium.

The graduating class included 10 cadets who were awarded the rank of 5 star, which is the highest rank a cadet can achieve. These cadets have excelled in all aspects of the program and have been selected as leaders among their peers. They included Moses Tribble of Deridder, Christian Eakin of Shreveport, Serena Bryant of Ferriday, Ja’Undrick Luckett of Lake Providence, Joel Canarte of Metairie, Niven Meyers of Ruston, Darriyon Minnifield of Simsboro, Matthew Weels of Pine Grove, Brianna Williams of Covington and Willy Laster of Farmerville.

Niven Myers was selected as Cadet of the Cycle, and delivered the commencement speech during the ceremony.

The mission of the Louisiana National Guard Youth Challenge Program is to intervene in and reclaim the lives of 16-18 year-old adolescents, producing program graduates with the values, life skills, education, and self-discipline necessary in order to succeed as productive citizens.