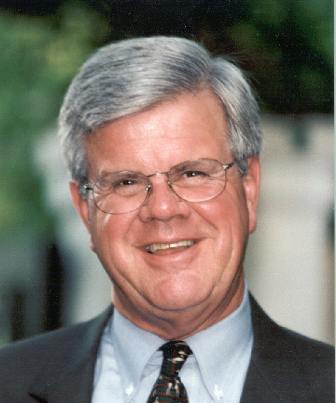 The big shift to home-based work and schooling during the coronavirus means Louisiana more than ever needs to bring internet service to all parts of the state, according to Public Service Commissioner Foster Campbell.

“Nothing is more important for rural parts of our state than high-speed internet,” Campbell said.  “It’s just like the telephone used to be before we had telephones.”

Louisiana is in line to receive an estimated $600 million in federal government aid over the next 10 years to spread broadband to “unserved and underserved” rural areas.  Campbell said the aid is coming from the Federal Communications Commission’s Rural Digital Opportunity Fund.

“The Public Service Commission does not regulate the internet, so I can’t magically wave a wand and get it to everybody.  And the internet companies want to go where the population is.  I’m saying, ‘If you’re going to get into this (FCC) program we’re going to serve some unserved places.’

The FCC has allocated $20.4 billion to be spent nationwide over the next 10 years, with the first phase beginning in October of this year.

Phase 1 calls for 627,000 new internet locations in 45 states including 182,458 in Louisiana.  Of the state’s allotment, more than 79,000 new locations will be in the 24 parishes of North Louisiana that make up Campbell’s LPSC District 5.

“The addition of 79,000 new broadband locations will be welcome news for North Louisiana,” Campbell said.  “Nothing is more important for businesses, hospitals, lawyers’ and doctors’ offices, any kind of retail business.  They have to be able to get on the internet.”

These new internet locations are in addition to the nearly 55,000 homes and businesses in North Louisiana made internet-accessible in 2016-2020 by the FCC Connect America program.   That earlier FCC effort helped fiber, wireless and satellite internet providers bring broadband to many unserved areas of America.

“The FCC is continuing to reach out to places like North Louisiana, where we have more territory unserved by broadband than other parts of the nation,” Campbell said.  “All of the 24 parishes in my district are seeing internet growth.

The FCC supports internet service delivered by fiber, wireless, cable and satellite firms.  The agency requires that broadband companies deliver download speeds of 25 megabytes per second and upload speeds of 3 mbps.  Monthly charges must be comparable to those charged in cities.

“Governor Edwards is very interested in this, so we’re all pulling together to make sure that Louisiana is treated correctly.  We need this more than other states because Louisiana is a poor state, and one way out of poverty is through communication and education.  This is a lifeline to get us out of poverty.”