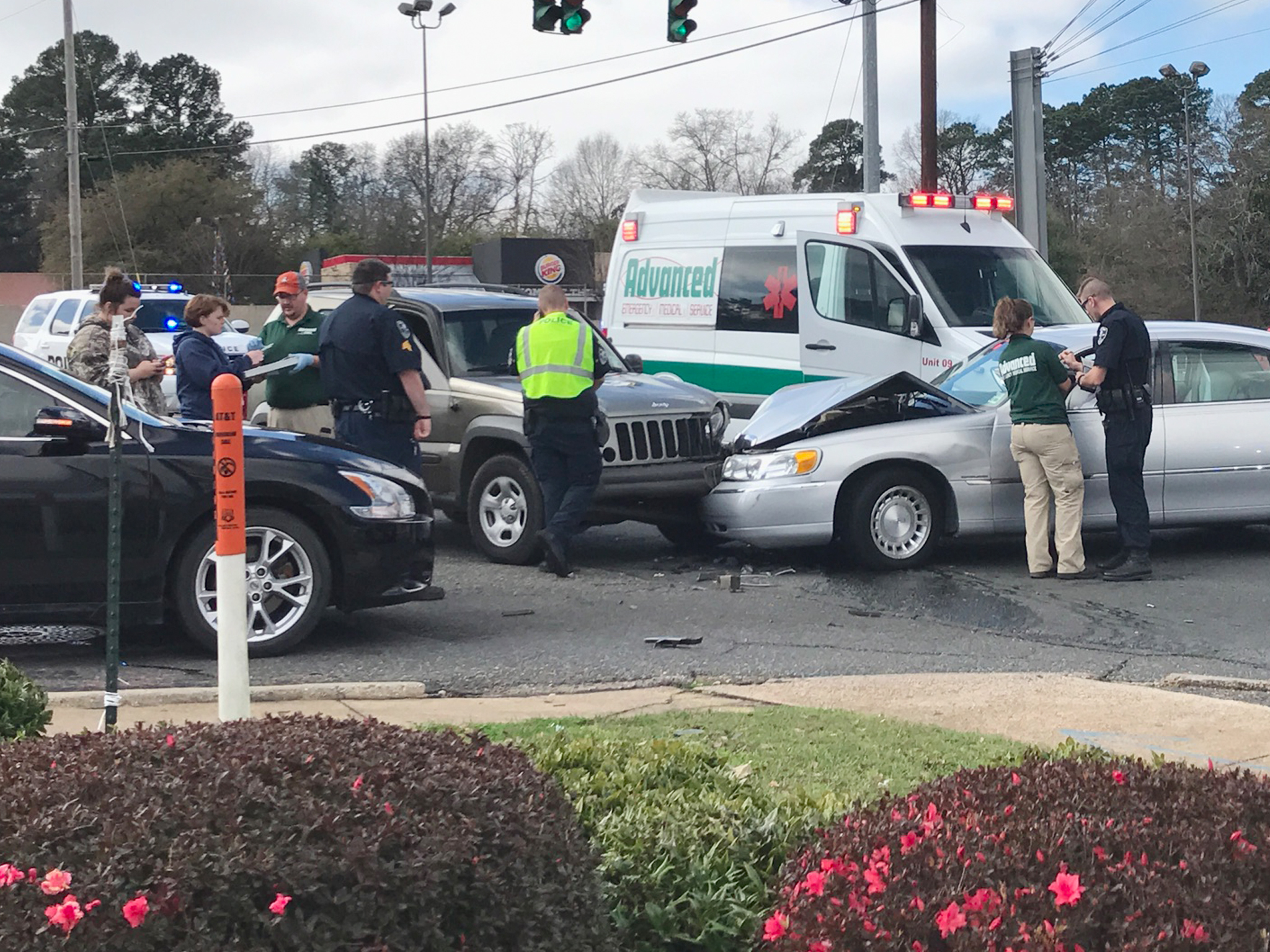 A Wednesday afternoon crash snarled traffic along Homer Road while Minden Police worked to clear the scene. Officers were dispatched to the intersection of Homer Road and Fort Street just before 2 p.m. According to officers on the scene, both drivers said they had the green light. The cause remains under investigation.