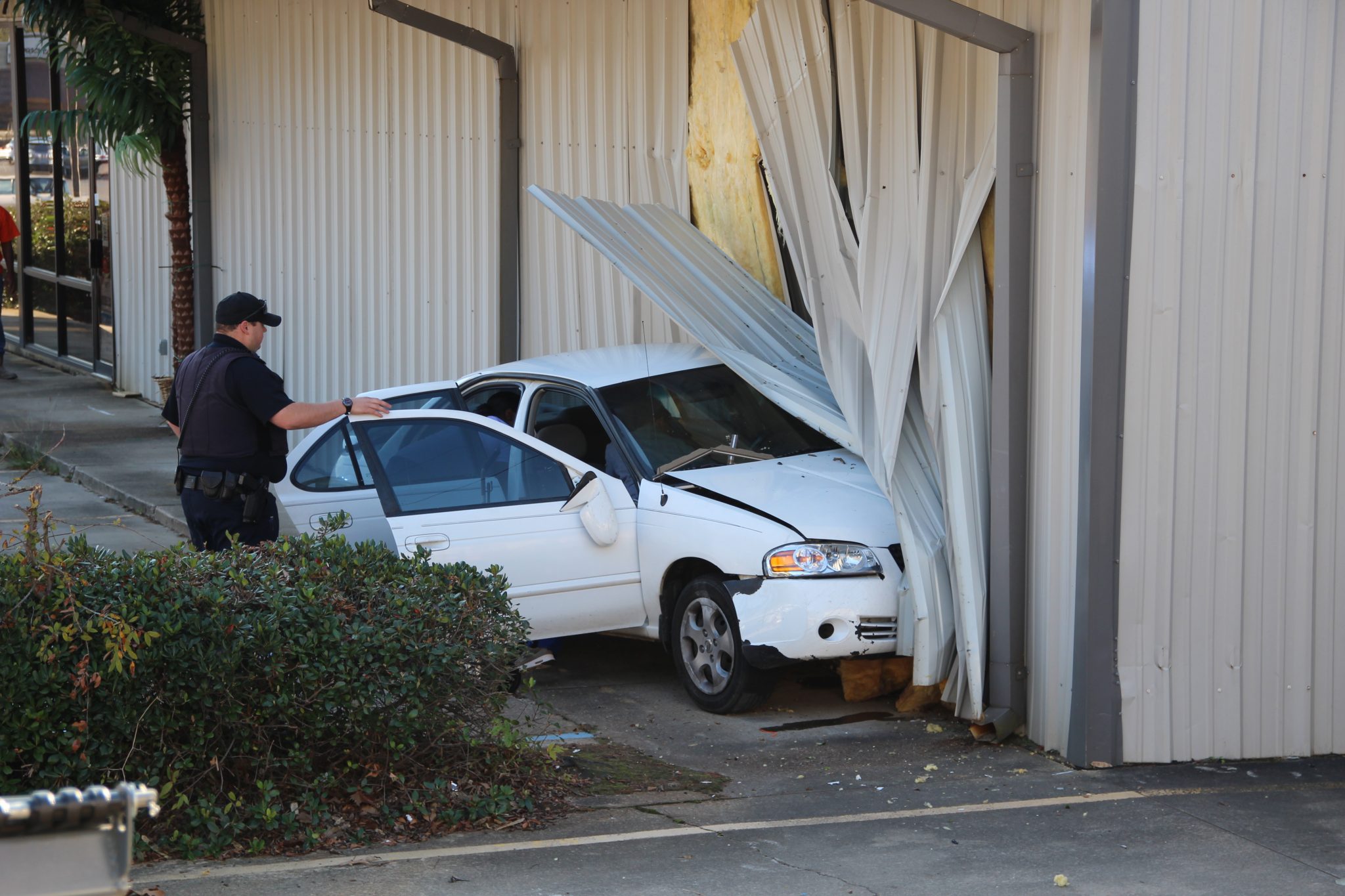 A Minden woman is OK after crashing her car into Home Outfitters on Homer Road Tuesday afternoon. Just after 2:30 p.m. a car being driven by Natalie Harper crashed into the business. No store employees were injured. Harper reportedly told responding officers she thought her foot was on the brake, but was rather on the accelerator. The building sustained moderate damage. Pafford ambulance transported Harper to Minden Medical Center to be checked out.