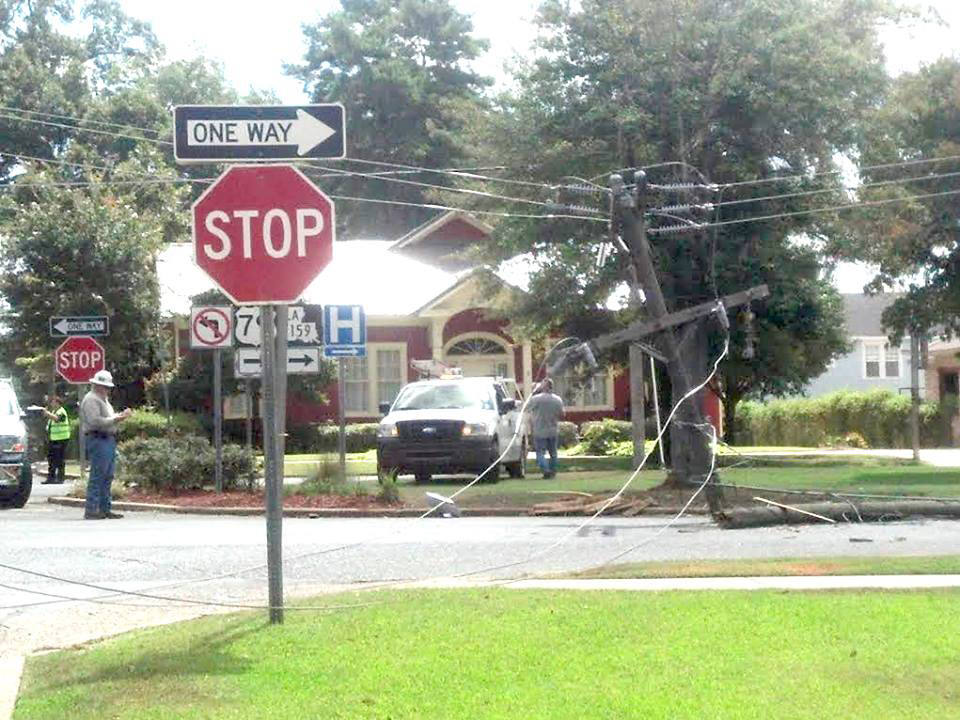 Just after noon Wednesday, traffic came to a stop on Main Street when the driver of a Nissan SUV fell asleep at the wheel and hit an electric pole. Officials at the scene say the vehicle continued to roll down the street and hit a parked car on the street. No injuries were reported and no citations were issued. Crews from the City of Minden repaired the line and the pole. Minden police Lt. Wayne Young and Officer Dedrick Anderson were on scene to work the crash as well as direct traffic.