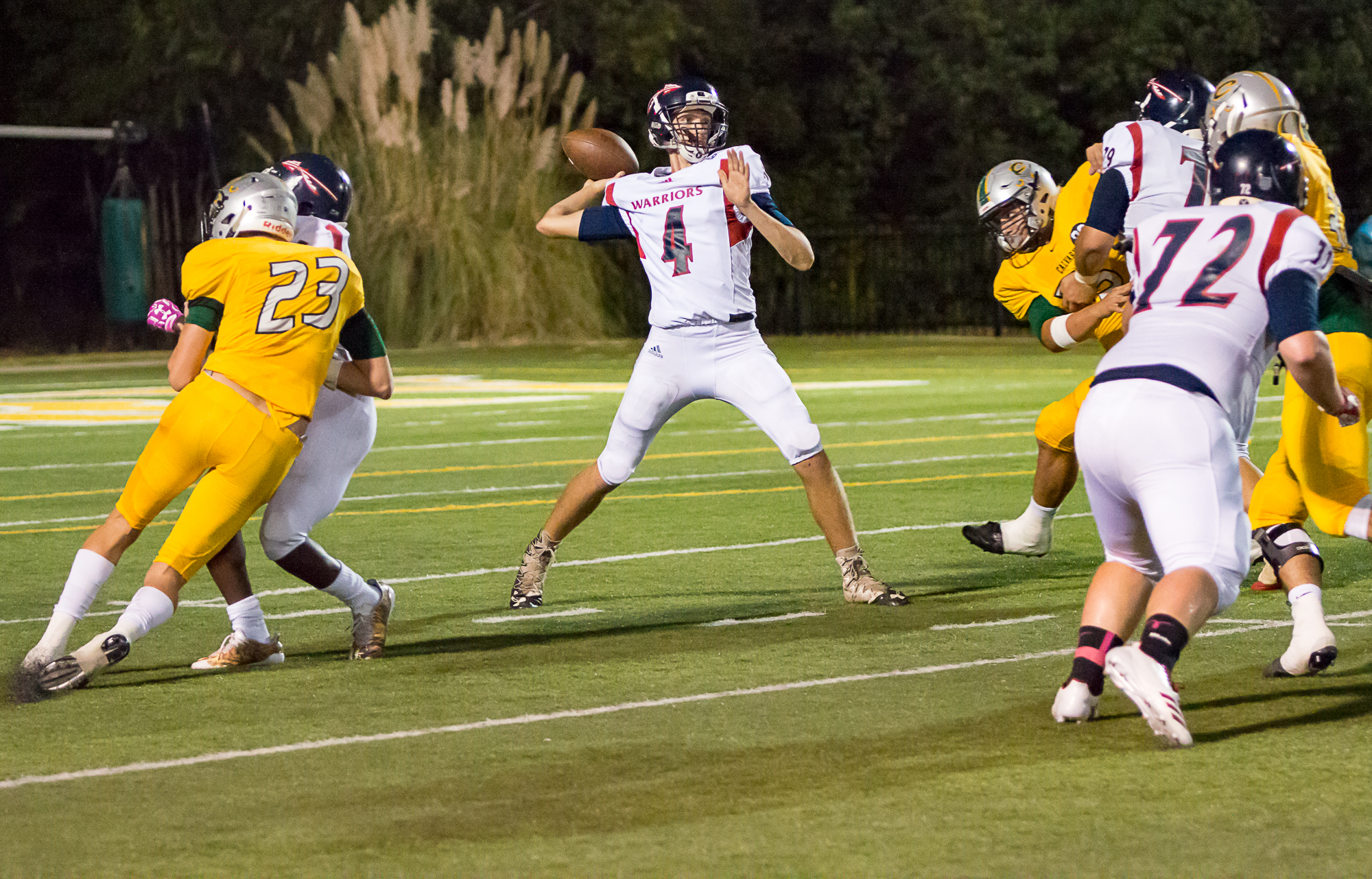 SHREVEPORT – It was the Kordavion Washington show Thursday night at Jerry Barker
Stadium. Washington sliced up the Lakeside defense with ease, displaying the skills that have made him a household name on the prep football scene, scoring four first-quarter touchdowns to lead Calvary past Lakeside in a 69-15 romp.

It was a humbling night for the Warriors (5-2, 1-1) who had been the better team on the field for most of the season, but not against these Cavs. Calvary scored on their opening possession just 1:23 into the game; then, Lakeside went 3-and-out leading to another lightning-quick Washington touchdown.

Lakeside failed to move the ball and had to punt once more, leading to a 45-yard Washington TD. The following kickoff was muffed by Lakeside and recovered by Calvary, who promptly punched it in 3 plays later.

With 4 minutes to play in the first half, the scoreboard read: Calvary 55 Lakeside 0. Lakeside’s Buffate Coleman and Jaquez Lott scored a pair of rushing touchdowns in the second half to avoid the shutout as the Warriors showed some pride down the stretch.

Lakeside will shake off the loss and take on LaSalle (3-3) next Friday in Olla.