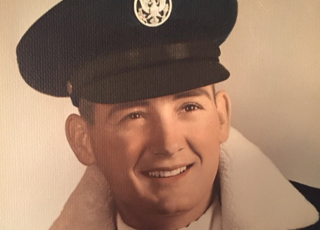 Funeral services celebrating the life of Charles Michael “Mickey” Frye, 75, will be held at 10 a.m., Tuesday June 7, 2016 at Rose Neath Chapel in Minden. Visitation will be held in the chapel from 9 until 10 a.m. Officiating will be the Rev. Mark Benge. Interment will follow at Bistineau Cemetery. Pallbearers will be Ken Holley, Haidyn Holley, Brock Walraven, Tyler Walraven, Trent Walraven and Bryan Whitehead.

Mickey grew up in the little community of Fryeburg, attended Heflin High School and majored in industrial arts at Northwestern State College. After college, he enlisted in the Air Force in 1963 and served overseas in Turkey and Spain and was honorably discharged September 12, 1969. He was a people person and always loved to have a crowd around him.

Mickey Frye never met a stranger. This trait was advantageous to him throughout his life and as a national executive with Masterguard and Salad Master Corporation. In 1981, his career took him to Dallas and the ensuing years brought him much success and notoriety in that industry. His great passion was collecting movies, especially old westerns, and comic book memorabilia. He had an encyclopedic knowledge of all such things.

His retirement years were cut short by his illness and our sincere appreciation goes to Dr. Kuldeep Singh of Plano, Texas for his care and compassion extended to Mickey and his family. His family dearly loved him and all will miss his easy and gregarious spirit.
Memorials may be made to the Alzheimer’s Foundation of America at alzfdn.org.