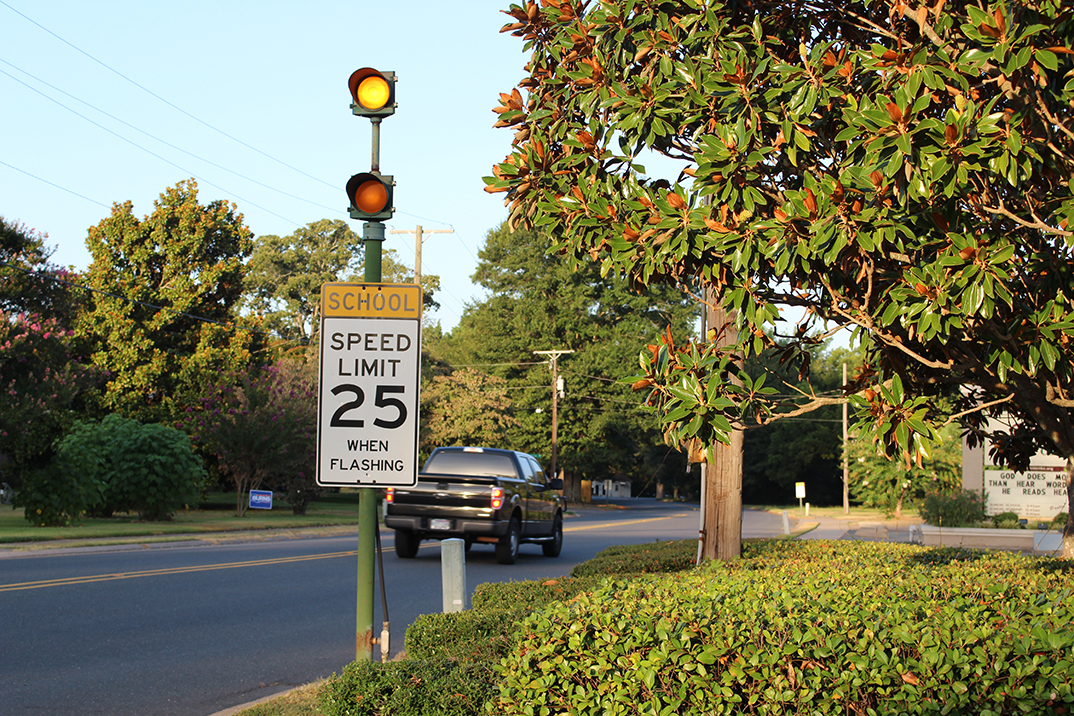 School starts Wednesday, and Minden Police Chief Steve Cropper asks motorists to be vigilant as students return to the classroom.

“Our officers will be in different school zones, and we want to try to keep the traffic slowed down,” he said. “We just ask everybody to be careful going through the school zones and drive slow. Observe the signs and watch for the school crossing guards, because they will be walking out in the middle of the street stopping traffic.”

“Fines can vary, punishment can vary,” he said. “Under Judge Campbell, that was at his discretion, but we haven’t been through a school year with Judge (Sherb) Sentell. In the past, a school zone speeding ticket was a mandatory court appearance.”

One of the areas of most concern, Cropper says, is the Shreveport Road area. There are a couple of bus stops there, and the law states that if a bus is stopped with its stop signs out, then both sides of traffic must stop. Shreveport Road is only divided by double lines, and both lanes of traffic must stop. However, if a road has a physical division such as a median, or barrier, then only the side where the bus is must stop.

“If a bus is coming into town on Shreveport Road and stops to load those kids, and the stop signs are out, then the traffic going out of town on Shreveport Road must stop,” he said. “We get complaints year after year because the traffic keeps on going. It’s a wide street, and they assume they don’t have to stop.”
Cropper asks everyone to be safe as students return to school Wednesday.