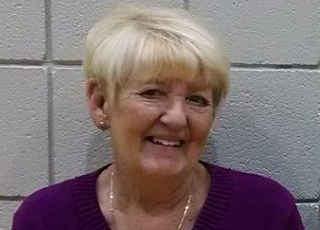 Clara Mae Hicks Cage was born in Minden on Dec. 3, 1944 to Cecil Lonzo Hicks Sr. and Lillie Mae Hutson Hicks. She went to be with the Lord on June 14, 2016 in Minden after a brief and unexpected battle with cancer. Graveside services will be at 1 p.m. on Friday, June 17, 2016 at Antioch Cemetery in Dixie Inn under the direction of Rose-Neath Funeral Home in Minden, with the Rev. Jerry Roten officiating. The family will receive friends from 10 a.m. until noon on Friday at Rose-Neath Funeral Home.

Clara wore several different hats over her lifetime, working at various places like Western Electric and Brandon Industries, but the job she loved the most was as a loving wife, mother, and grandmother. She was devoted to her family and her fur babies, and gave her all in taking care of us. She was so very proud of her grandchildren.

Clara was preceded in death by her parents and her niece, Kelly Hicks Hope. Left to forever cherish her memory are her husband of almost 51 years, Leonard “Tommy” Cage of Dixie Inn; her daughter and son-in-law, Kathi Cage Holland and Barry Holland of Minden; two grandchildren, Daniel Holland and Lauren Holland of Minden; her brother and sister-in-law, Cecil L. “Butch” Hicks Jr. and Christine “Chris” Hicks of Broken Bow, Oklahoma; special friend Maria Crenshaw; and several nephews, cousins and friends.