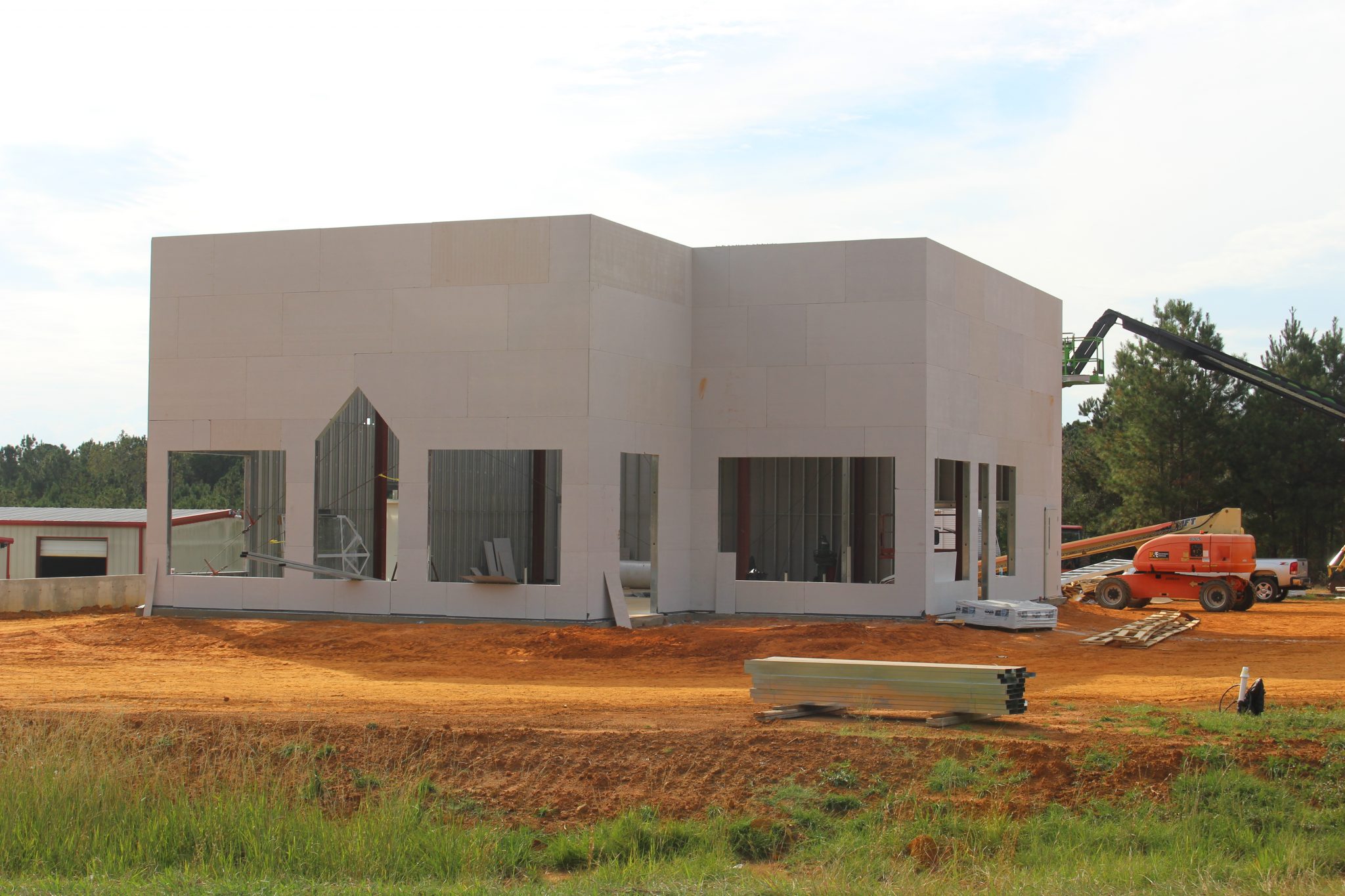 Coffee and Crawfish are coming to the corner of U.S. Hwy 80 and Louisiana Hwy 531 in Minden.

Mike Carr and daughter Kathy Dick hope to open the doors to their joint venture this spring.

“We are in the construction phase right now,” Carr said. “But we have been getting great feedback from the community.”

Plans for the building include the Latte Café, managed by Dick, which will serve paninis, soups of the day, waffle bar, desserts and specialty coffee. Carr said a wall inside the building will separate the café from a restaurant serving crawfish, soups, stews and other plates.

Carr has owned the corner lot for approximately 20 years and said he originally wanted to sell it.
“But my daughter suggested we open a really nice coffee shop,” he said. “I wasn’t very excited about the idea because I like my coffee black.”

Dick took her father to Starbucks in Bossier and explained her vision for a coffee shop in Minden.

“After I tried it, I understood why people really like coffee that way,” Carr said.

Dick will attend a professional barista course in Houston before opening the café.

“I want to gain enough knowledge to serve my customers,” Dick said.

Plans for the building include indoor dinning room, lounge, an outdoor patio with umbrellas and drive through.