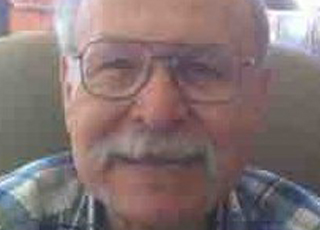 His son, James Craig Peavy, preceded him in death.

Left to cherish his memories include his wife of 57 years, Juanita Peavy of Bossier City; brother, Hilton Peavy and his wife, Jesse of Atmore, Alabama; sister, Dorothy Thompson and her husband, Pete of Milton, Florida and a number of other relatives and friends.

Pallbearers will be Lonnie Ligon, Lane Eason, Howard Nickelson, Luke Tims, Ryan Nickelson, Johnny Rowland, Shannon Peavy and Darby Peavy. Honorary Pallbearer will be Harry Lowery.
The family would like to extend a special thanks to the following for all their care and compassion: Dr. Shah and staff, Dr. Eaves and staff, Northwest LA Nephrology doctors and staff, Shelli Briggs, Lonnie Ligon, Harry and Mildred Lowrey and Richard and Judy Noles.
In lieu of flowers, donations may be made to Bistineau Cemetery, 3504 Bistineau Lake Road, Heflin, LA 71039.