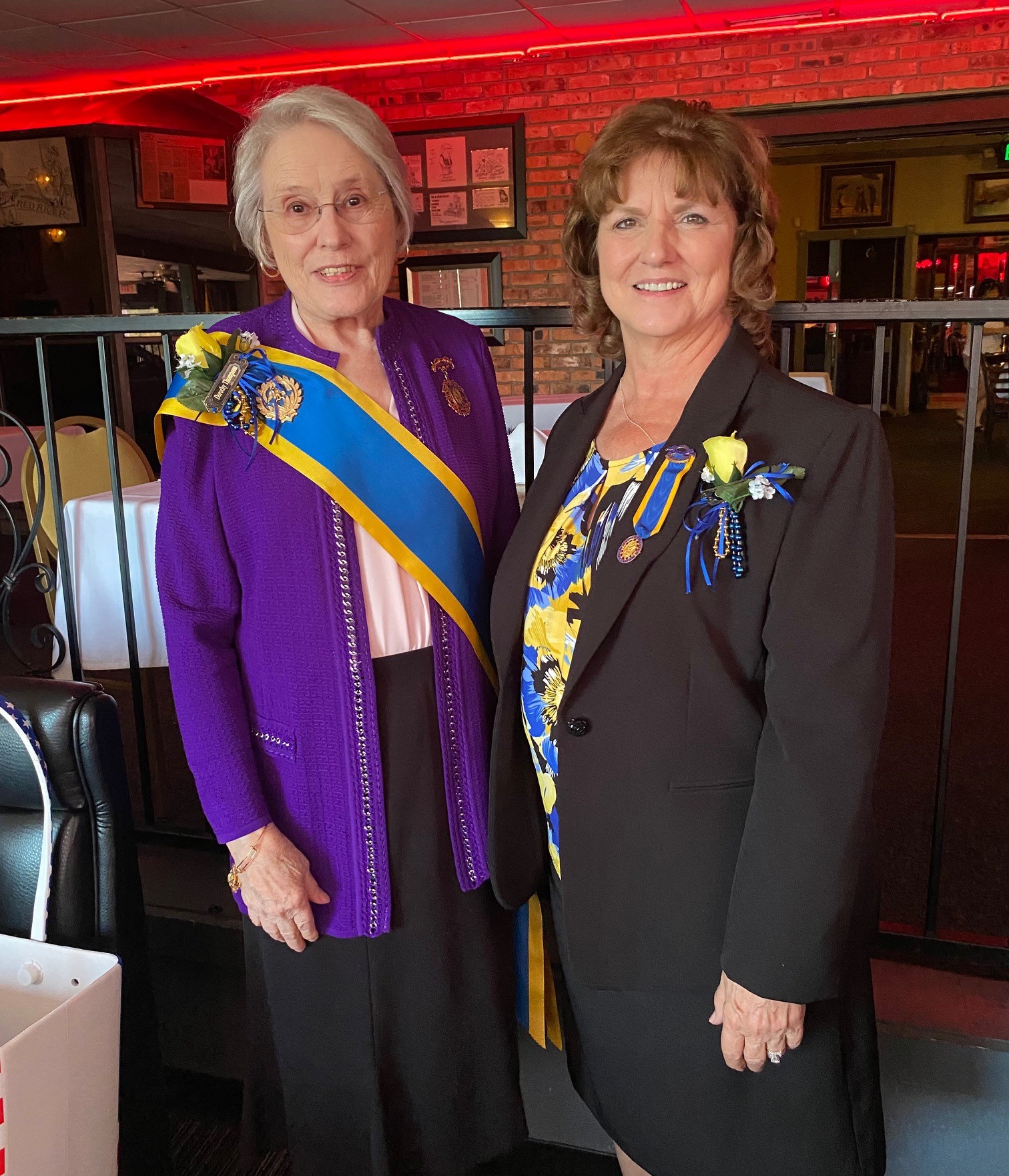 Susan Constant Chapter Colonial Dames 17th Century celebrated its 55th anniversary at Ernest’s Orleans Restaurant in Shreveport. The restaurant was decorated with beautiful arrangements of yellow roses and blue ribbon, which were donated to local veterans’ homes after the luncheon. Cindy Madden, President of Susan Constant Chapter, created corsage nametags of the same flower and ribbon for each luncheon guest.  Mrs. Madden also gave the guests favor boxes of Lemon Delight cookies that she brought back from her recent trip to Prague.

Colonial Dames is a women’s historical preservation society. Any woman of at least 18 years of age who is a lineal bloodline descendant of an ancestor who lived or served prior to 1701 in one of the original colonies of the present United States is eligible to apply for membership. For more information, contact Cindy Madden at cmaddenmusic@yahoo.com.