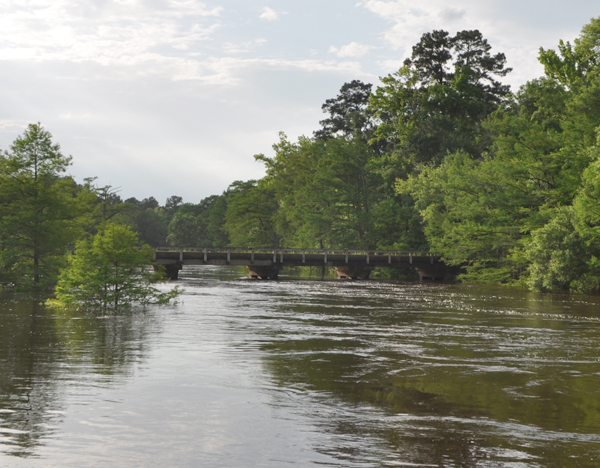 Concerns are rising over the effects on the Sparta Aquifer if water is drawn out of Bayou Dorcheat.

Sen. Robert Adley sent a letter to the Louisiana Department of Wildlife and Fisheries raising that concern if a Scenic Rivers permit is issued to Bossier Parish for a surface water study.

“If and when a Scenic Rivers permit is requested to divert water from Bayou Dorcheat through a Camp Minden intake system, I strongly suggest that the ramifications to the aquifer be considered,” he wrote in a letter to LDWF. “It is my understanding that DWF [sic] denied such a permit to withdraw from Bayou Dorcheat in 1980. The reasons for denial in 1980 remain today – the waters of Bayou Dorcheat should be preserved for the future use of Webster Parish.”

In May, the Webster Parish Police Jury agreed to join the Bossier Parish Police Jury in a feasibility study to look at the possible benefits of drawing water off Bayou Dorcheat by way of reopening a long-dormant water treatment plant at Camp Minden. A previous study revealed most of the need for water was in Webster Parish along with at least one water system in Bossier Parish. According to that study, the impact to Bayou Dorcheat was minimal.

In a separate interview, Adley said he received a response from LDWF; however, his concern remains the effects on drinking water.

“Basically, they said go ahead and get your feasibility study together and we’ll see what it looks like,” he said. “I can tell you as someone who has looked at that aquifer over the years, and seen the drawdown of that aquifer and the concerns over it, that one of the ways it’s clearly replenished is out of the surface waters of Bayou Dorcheat.”

Webster Parish Police Jury President Jim Bonsall says he understands there are concerns, and even expected them, but the jury would not be in favor of any decisions regarding the waterway if he thought it would hurt the parish or its constituents.

“The real truth is this is state water,” he continued, “and truthfully, we could not stop them if they went through all the red tape to do this. It is just as much as their water as it is ours. The deal is if we are not on board, then they are not going to proceed with it.”
The permit to draw water from Bayou Dorcheat has been applied for; however, if they don’t get the permit, then Bonsall says there’s no point in doing the study.

Bonsall also says if the permit is granted and the study reveals drawing water from Dorcheat is feasible, a water board made up of Bossier and Webster citizens will be created.

“That water board will determine who will be able to buy water,” he said. “It won’t be just a Bossier Parish deal.”

The cost of the total study is about $125,000 and will take about a year to complete.