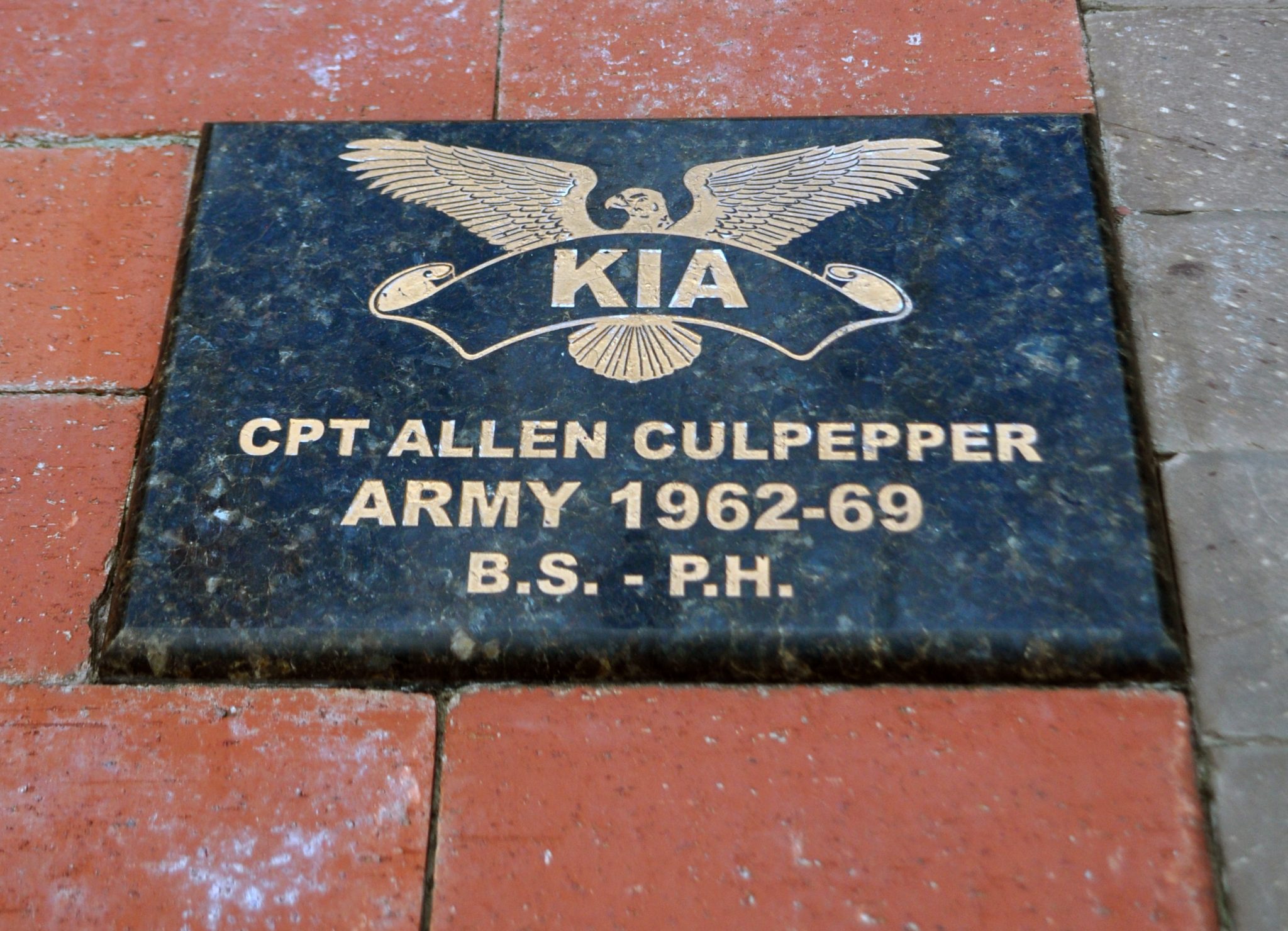 So many deceased veterans are honored on Memorial Day, a solemn holiday in which many take the time to reflect and offer gratitude to those who died in combat. Allen Ross Culpepper was deemed a hero for his acts of valor in combat.

He died on May 18, 1969 in the Long Khangh Province in Vietnam. A native of Minden and a graduate of Minden High School, Culpepper was just 25 years old. Carl Prothro, a retired teacher from the Webster Parish School System, taught civics to Culpepper his freshman year, calling him an outstanding student.

“He was one of my favorite students,” Prothro said. “He was a really good young man. He was a straight ‘A’ student, and he was just really smart. Of course he had to be to get into West Point.”

Culpepper was an alumnus of the U.S. Military Academy at West Point, NY. He was one of 335 from West Point who either died or were missing in action in Southeast Asia/Indochina during the period of 1957 to 1972.

Prothro and Culpepper and his family lived on Berry Drive at the time, just two houses away from each other. Not only were they instructor and student, but they were close neighbors.

“Our families were really close friends at the time,” he said. “All I can say is what a waste. But then again, I can say that about all of them (the men who died in Vietnam).”

On May 18, 1969, Culpepper was in an artillery unit and during a mortar attack, he went to check on his men. He took a direct hit, which killed him instantly.

Larry K. Madison, who served with Culpepper, said he would always be grateful to him and sad that he was taken from his family and friends.

“I feel certain the safety and welfare of his men was his primary concern and his heroic actions saved the lives of many of his men, including, most likely, mine,” he wrote on a message board on the Virtual Vietnam Memorial Wall. “There are some memories that stay with a person forever. Capt. Culpepper is one of those memories for me.”

Philip Owen Benham Jr., who served in Vietnam from 1967-68, was Culpepper’s roommate at West Point and best man at his wedding. He said it was a painful farewell.

“I pay final tribute to him invoking a refrain from our alma mater, ‘and when our work is done, may it be said well done…be thou at peace,’” he said.

Culpepper was awarded the Distinguished Service Cross, the nation’s second highest award for valor in combat. He is memorialized at Eagle Park on Turner’s Pond. His name is also forever etched into the Vietnam Veterans Memorial Wall – Panel 24W, Row 39.