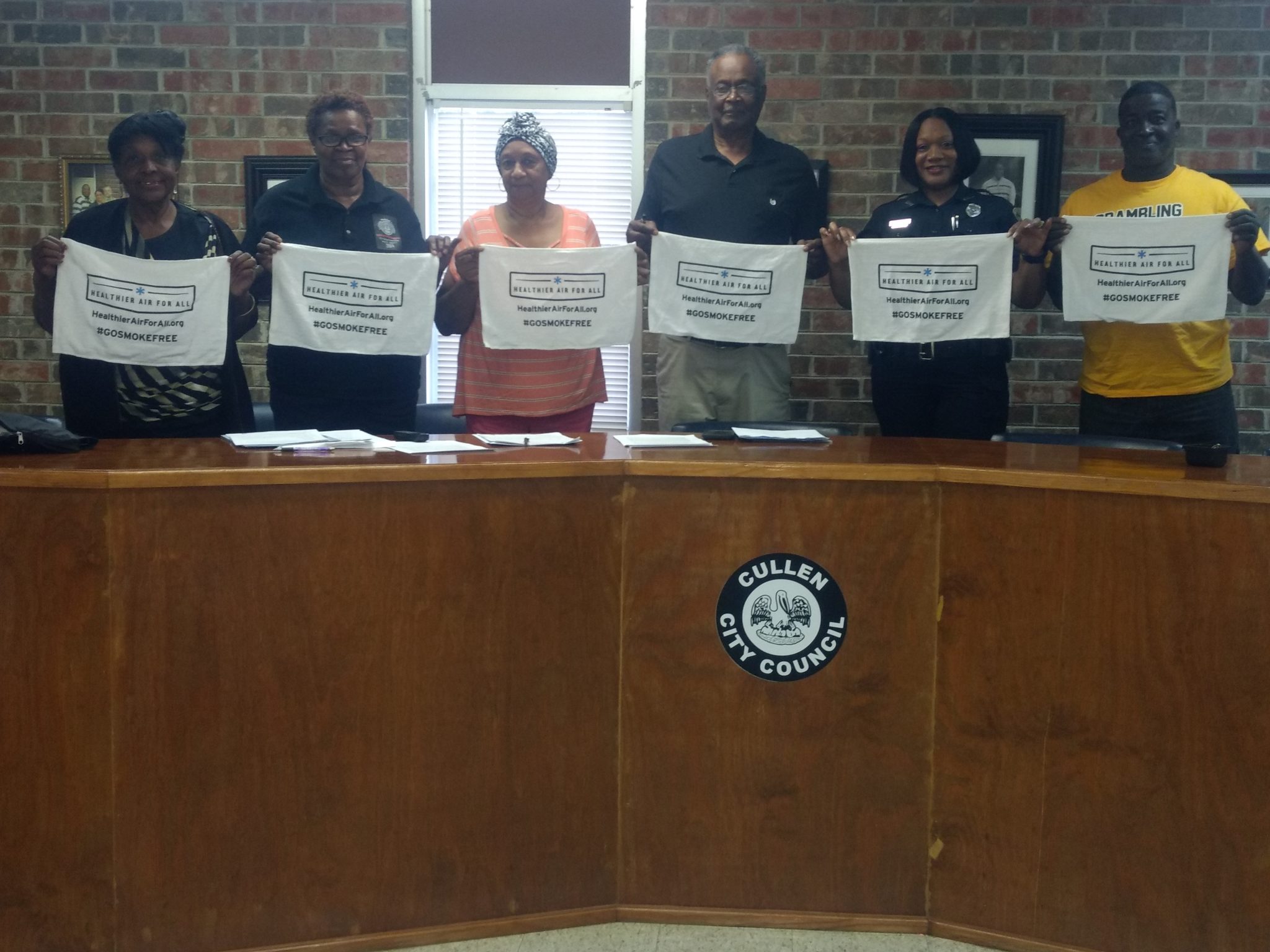 CULLEN – This week, Cullen City Council unanimously voted to extend the state’s current smoke-free ordinance to include bars and gaming establishments within Cullen.

When the ordinance goes into effect by May 1, Cullen will become the sixth municipality in Northern Louisiana to go smoke-free and 22nd in the state of Louisiana.

“With the passing of this ordinance, Cullen is saying ‘we care enough to protect everyone who works in Cullen, La.’,” said Feamula Bradley, TFL Regional Manager. “The failure to protect the health of all employees from the dangers of secondhand smoke is an oversight by the state, but communities like Cullen are working to overcome this oversight.”