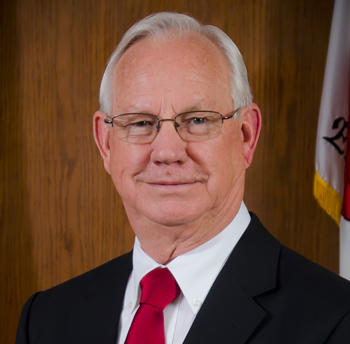 Recent spikes in utility bills have been a source of concern for many Minden residents, including me. Let me assure you that nobody is more concerned about the cost of your electricity than your mayor. When the original contract was signed with AEP/SWEPCO, it was very beneficial for our citizens. Conditions in the energy industry, of which we have no control, have influenced our contract. Please allow me this opportunity to explain what has transpired over the past few years.

The City of Minden utility bill consists of electrical usage, water usage, sewer usage, and sanitation (garbage collection). This letter will only address the electrical portion.

The residential electric bill has two cost components: (1) The kilowatt hour rate, as set by City of Minden Ordinance No. 810, has been the same since the ordinance was signed into law in 1995. A portion of this revenue pays for the operation of the Minden Electrical System, i.e. the operation of the Minden Steam Plant, the Minden Line Crew, maintenance of electrical poles, lines, etc. (2) The second component of a residential electric bill is the monthly charges owed to AEP/SWEPCO for providing electricity to the city of Minden which is listed on your monthly bill under “power cost adjustment”.

The city purchases electricity from Southwestern Electric Power Company “SWEPCO”, and the demand rate has increased by more than $3.00 per kilowatt hour since 2013. However, other costs are driving up the amount for which the city is responsible. For example, billed energy for the time period August 1 – August 31, 2016, shows SWEPCO billed the city more than $1.3 million. Of that amount, electricity charges were $410,415.40, while fuel charges came to $562,812.82. Fuel charges are the cost of fuel that SWEPCO incurs to fire up the power plant that produces the electricity.

In addition, during August, fees totaling over $300,000 were passed on to the city for power transmission and congestion by Southwestern Power Pool (SPP) and MISO Energy, the companies that manage the electrical grid system. The City of Minden administration is not in agreement with these additional costs and believe that the city is being double charged. The city has been in constant contact with Betts & Holt, LLP, a Washington, D.C. based law firm which specializes in energy contracts, to investigate the legality of these additional charges.

They are auditing the bills, transmission charges and demand charges. The city’s intention is to void the current contract with SWEPCO and be able to negotiate lower electrical rates for the citizens of Minden either with SWEPCO or another energy provider. Whether the city is able to break the contract with SWEPCO is ultimately in the hands of the Federal Energy Regulatory Commission, which will take time. But, the process has begun and I ask for your patience as your city administration diligently works toward a solution to this problem.