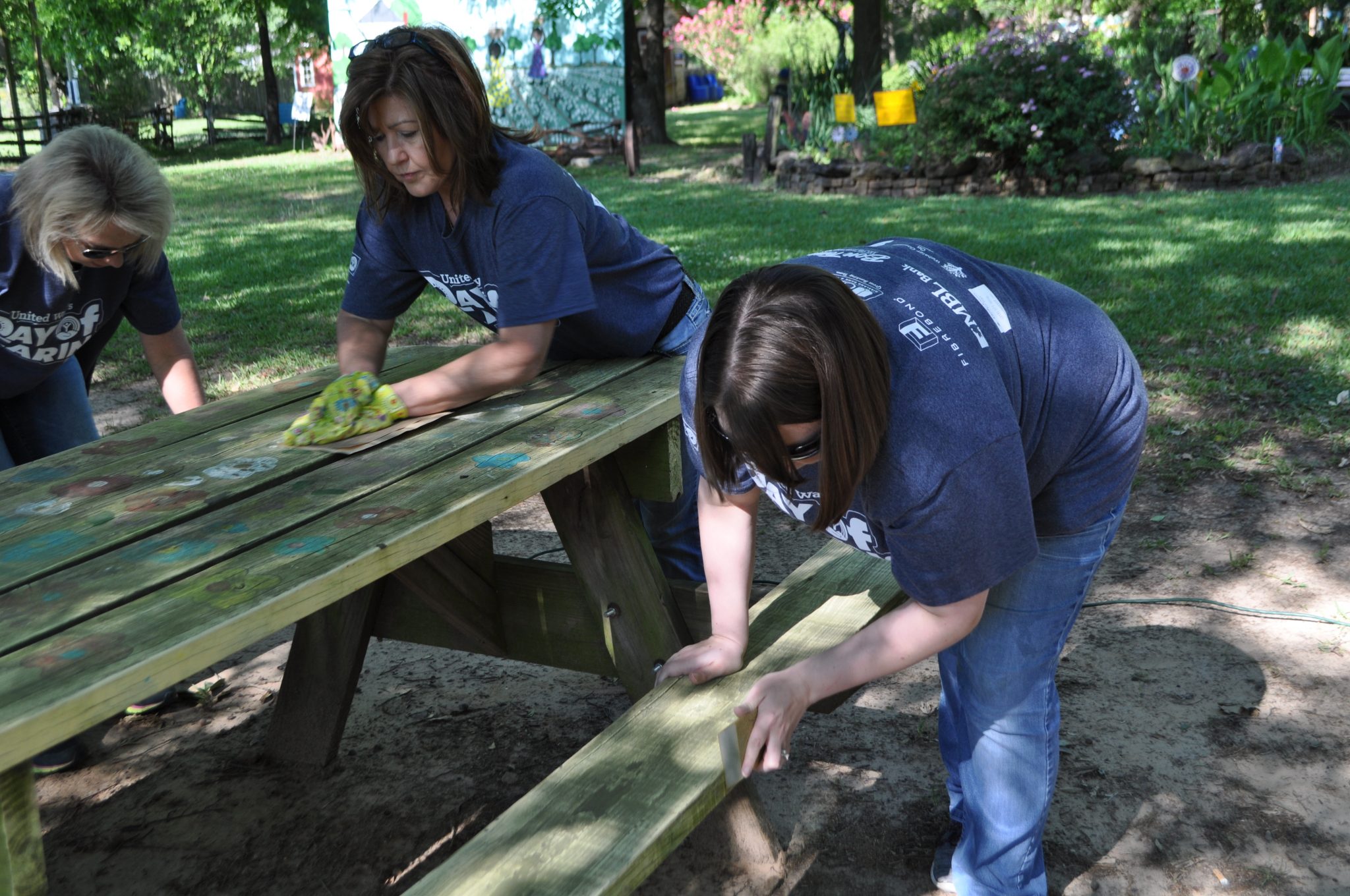 The weekend was full of volunteer activity as volunteers from local businesses spent Saturday morning assisting nonprofits in projects from weeding and sanding at The Farm to sorting donated materials at Goodwill.

MMC and MBL Bank also spent the morning volunteering their time at various work sites including the community garden at the new Christian Church of Minden as well as projects at The Farm.

While they spent the morning with service work, golfers participated in the annual Birdies Fore Babies Golf Tournament, a fundraiser for the Northwest Louisiana Pregnancy Care Center. The Junior Service League assisted in putting on the fundraiser.

The tournament was split into two flights, with team winners in first and second place in both flights. Several door prizes, donated by local businesses, were given out as well.