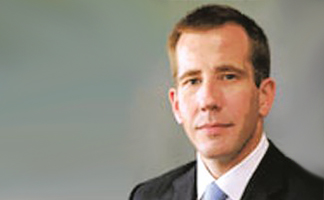 When our biology teacher Jeannie Hendrix gathered us together to dissect a frog at Huntington School in Ferriday, La. some 30 years ago it didn’t dawn on me that one day we would read about dissecting aborted babies.

Then again, Planned Parenthood wasn’t exactly a household name in Concordia Parish when I was growing up. And any discussion about abortion was hush-hush because, quite frankly, it was a bad thing. Still is.

Planned Parenthood, which bills itself as a “non-profit organization that provides reproductive health and maternal and child health services,” is on the radar these days in light of three recently released videos. The videos captured Planned Parenthood professionals and associates, including medical doctors, discussing extracting body parts from aborted babies to be sold to private companies. Supposedly, the little hearts and lungs and livers and kidneys and whatever else wind up in the hands of so-called researchers.

The word sadistic comes to mind. Murder does, too, but we’ll get to that in a moment.

I can’t imagine what the mother feels. I suspect it’s surreal.

And that raises a couple of questions. How on God’s green earth could any expectant mother agree to have the life sucked out of her own child? And how could any human being bring himself or herself to the point of performing an abortion in the fist place?

Over the weekend, the U.S. Senate had an opportunity to attach an amendment to a highway funding bill that could have eventually stopped any government financing for Planned Parenthood. The Majority Leader of the Senate, Sen. Mitch McConnell of Kentucky, a Republican, spiked the measure. McConnell claims he’s going to author separate legislation to defund Planned Parenthood.

Let’s hope he keeps his word.

Untold millions of unborn babies probably would appreciate it.

Sam Hanna Jr. is publisher of The Ouachita Citizen, and he serves in an editorial/management capacity with The Concordia Sentinel and The Franklin Sun, three newspapers owned and operated by the Hanna family. He can be reachd by call 318-805-8158 or emailing him at samhannajr@samhannajr.com.