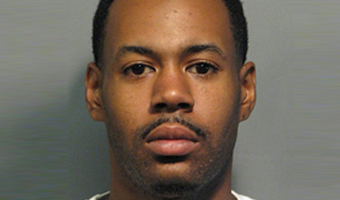 A Plain Dealing man was arrested on a warrant after Minden police say he fled from them in March.

Deyaun Montgomery, 24, of the 17000 block of Highway 157, Plain Dealing, was arrested July 28 on a warrant for possession of Schedule I CDS (synthetic marijuana) with intent to distribute. Bond was set at $10,000
The warrant stemmed from an incident on March 17 where a traffic stop was conducted by Officer First Class Chris Hammontree on Knight Street.

“They attempted to stop Mr. Montgomery and two others in a Cadillac,” chief of police Steve Cropper said. “They all three abandoned the vehicle and fled on foot. After they left the scene, officers located a large amount of synthetic marijuana and a set of scales where the suspects had run. Also, they found some synthetic marijuana inside the car.”

On March 30, a witness identified Montgomery as one of the ones running from police, Cropper said.

At this time, the identity of the other two vehicle occupants has not been released.

When Montgomery was arrested on July 28, Sgt. Tokia Whiting found him on Walter Lyons Road and contacted Capts. Marvin Garrett and Dan Weaver. When they arrived, Whiting placed Montgomery under arrest on the warrant.

“In July, she came in contact with Mr. Montgomery near Walter Lyons Road,” he said. “She contacted Capts. Weaver and Garrett because she was aware there was an outstanding warrant for his arrest.”

Montgomery was transported to Bayou Dorcheat Correctional Center for booking.