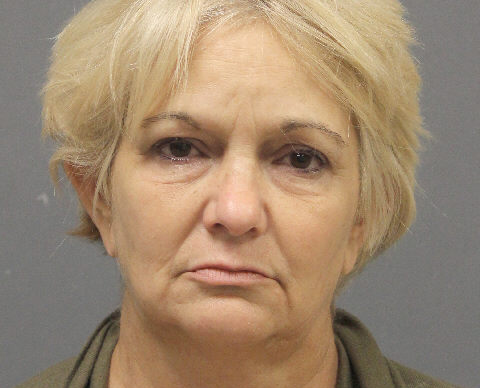 DIXIE INN — A Stonewall woman is facing child endangerment charges after she was reportedly driving her minivan in the wrong lane under the influence.

Deputies responded to a complaint of a reckless driver on Louisiana Highway 371 and reportedly saw the van, driven by 54-year-old Jana McAdams, with her two grandchildren, ages 4 and 5, traveling south in the northbound lane near Dixie Inn.

McAdams appeared to be impaired during a traffic stop and was asked to step out of the vehicle, according to the arrest affidavit. She reportedly had slurred speech and poor balance.

Deputies performed a stand field sobriety test, which she performed poorly and unable to complete, the report said.

The children were released into the custody of their father.

McAdams was placed under arrest and transported to the sheriff’s office, where she submitted a breath sample, which came back with a blood alcohol content of 0.00, according to the report.

Urine samples were then submitted by McAdams, which tested positive for multiple drugs, including marijuana, methamphetamine and Suboxone. She reportedly admitted that she had taken Xanax pills earlier that morning and had been around the other drugs.

McAdams was booked into Bayou Dorcheat Correctional Center on charges of driving while intoxicated with child endangerment and improper lane use.