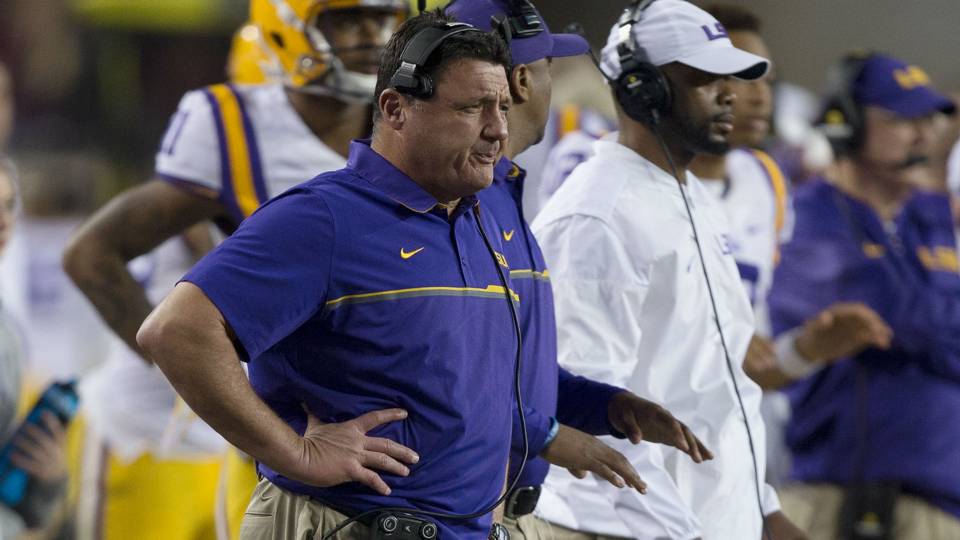 BATON ROUGE — LSU is sticking with Ed Orgeron, giving the interim football coach the job on a permanent basis.

The announcement by athletic director Joe Alleva on Saturday comes two days after the No. 25 Tigers defeated No. 22 Texas A&M 54-39. Following Thursday night’s game, chants of “Keep coach O” could be heard from LSU’s locker room.

Alleva says LSU knows Orgeron’s heart is with LSU and “his strengths are going to be tremendous” at the school.

Orgeron has gone 5-2 since taking over for Les Miles, who was fired in late September after LSU started 2-2. LSU’s two losses since Orgeron was promoted came against No. 1 Alabama and 13 Florida, the Southeastern Conference East Division champion.

This is the second winning interim stint at a major program for Orgeron, a 55-year-old Louisianan who went 6-2 at USC after Lane Kiffin was fired in 2013.